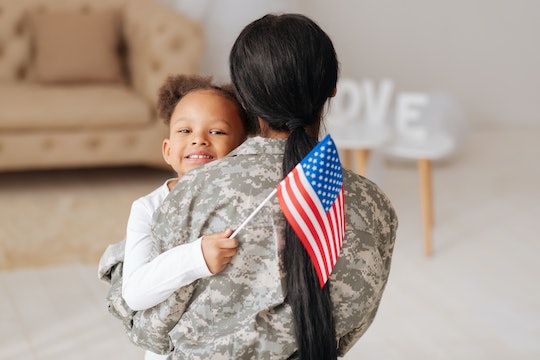 Memorial Day is one of the those holidays that causes us to reach into our compassion wells and pull out our gratitude. It isn't always easy for us to put it all into words, though. We know how much the soldiers have sacrificed, but even if we know how we feel about it there are moments when others have already expressed those feelings more eloquently. So here are Memorial Day 2018 quotes to truly inspire you and, of course, to help you express your gratitude.

A lot of the following quotes are from politicians, probably because politicians are the ones who give speeches at pomp-filled Memorial Day events and, thus, their words of wisdom on the subject are recorded. Some quotes speak directly to the death of the soldiers and some are about patriotism in general. Memorial Day has evolved from a series of disjointed springtime celebrations in towns across the country, right after the Civil War, to a national Distinction Day declared in 1868. General John Logan, a Civil War veteran, called for a national day of remembrance, according to the History Channel. “The 30th of May, 1868, is designated for the purpose of strewing with flowers, or otherwise decorating the graves of comrades who died in defense of their country during the late rebellion, and whose bodies now lie in almost every city, village and hamlet churchyard in the land,” Logan proclaimed. In 1968, Congress passed a law declaring the last Monday in May to be officially "Memorial Day" and it has been a United States federal holiday since the law was enacted in 1971.

Whether you want to give a quick toast to the soldiers at your Memorial Day barbecue, or have been called upon to say a few words at a local event, here are some really great quotes to choose from that might help you get the sentiment just right.