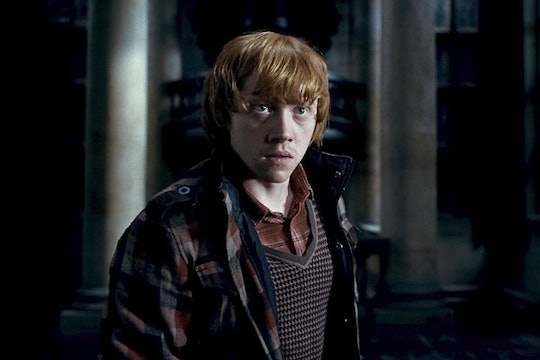 17 Times Ron Was The Real Hero Of 'Harry Potter'

I've said it before — sidekicks are the true heroes in any saga or series. In almost any movie with a hero and a sidekick, I find myself getting more and more furious with the main character because of how much they suck at appreciating their BFF helping them along the way. And no one proves my theory more than Ron Weasley, the real hero of Harry Potter.

I get it, OK? Harry is the chosen one, Hermione is the clever one, Neville is the brave one, but Ron is so much more than the goofy sidekick everyone loves to make him out to be. He is loyal, he is smart, and he's paved the way for Harry to destroy Lord Voldemort. From the very moment Harry meets Ron, he relies on him in some way. But is Harry appreciative of this? No. Instead, he is cranky when Ron "doesn't understand" Harry's turmoil and is quick to snap at him over nothing. (It's not Ron's fault you're the chosen one, Harry.)

The two friends remind me of Frodo and Sam Wise in Lord of the Rings. Not only do their quests and friendship mirror each other, but I also find myself yelling at Frodo, "You'd be dead if it weren't for Sam!" So in honor of sidekicks everywhere, let's talk about the 17 times that Ron was the true hero of Harry Potter.