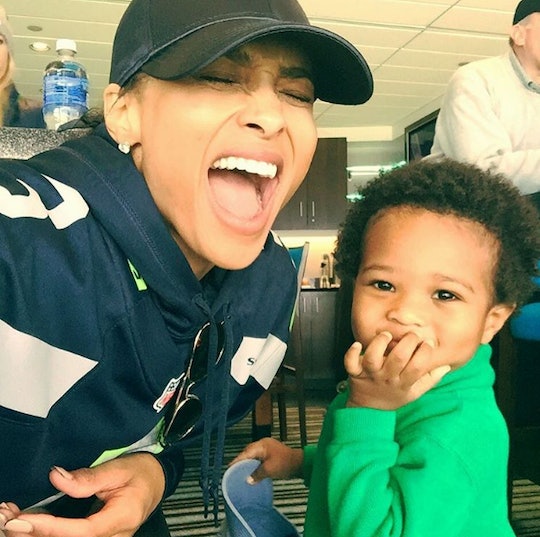 19 Celebs Who Became Moms In Their 20s

There are few things people get judgmental about more than motherhood. And young motherhood? It can bring out even more side-eye glances and shaming comments. But no matter how old you were when you became a mother, you can take some serious inspiration from celebrities who became moms in their 20s.

More Like This
Ridley Jones Will Introduce Netflix’s First Nonbinary Character In A Preschool Show
Angela Kinsey's Daughter Dressed As Her Character From 'The Office' & Wow, The Sass!
25 Great Sci-Fi Movies To Watch As A Family
Teyana Taylor Says This Is One Perk About Starring In Her Family’s New Reality Show

Despite the comments you may get about being a young mom, having a baby in your 20s isn't rare. According to the National Center for Health Statistics, the average age of mothers giving birth has increased since 2000, but the number is still in the 20s. In 2000, the average age was 24.9 years old and in 2014, that number increased to 26.3 years old.

But it still doesn't make your young mom status exempt from everyone's criticism and advice. It's been suggested that if you wait longer to have a child, you have a better chance of pursuing an education and thriving in a career before motherhood takes over. Sure, that makes sense, but I firmly believe that any mom, no matter how old she is, is capable of achieving the career and education she wants. In fact, I'm willing to argue that being a young mom means you're even more determined to succeed, especially with little eyes watching you.

These 19 celebrities may have already found success before they became moms in their 20s, but that doesn't stop them from continuing to grow, work hard, and make their dreams come true. Trust me, when you're 24 and folding burp cloths, these ladies can give you the extra dose of inspiration you need.