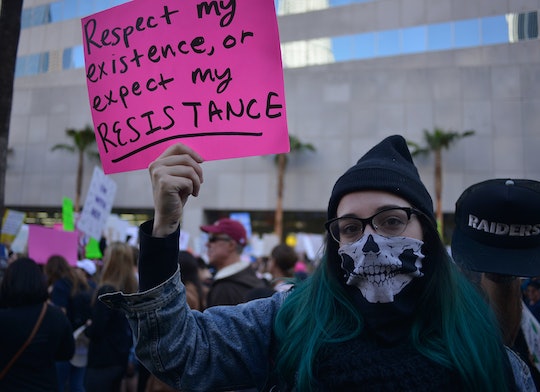 According to the Oxford Dictionary, there are a few different definitions for the word resistance, but my favorite is the first one: "the refusal to accept or comply with something." Whether it's accepting the current administration's policies on women and their rights, complying with sexist co-workers and workplace's inability to give women a fair and equal wage, or accepting that the world is often a misogynistic place, it's a woman's duty to resist.

But you're not the first woman to joint he resistance. In fact, women resisting has been happening for a very long time. It's unbelievable that so much work still has to be done, but you can continue plowing the path that the women before you started with these 19 #resistance quotes for International Women's Day. It's not enough just to celebrate women; you have to remember how far women have come and how far you have to go. With a little determination, sass, and a whole lot of resistance, you can make it happen.