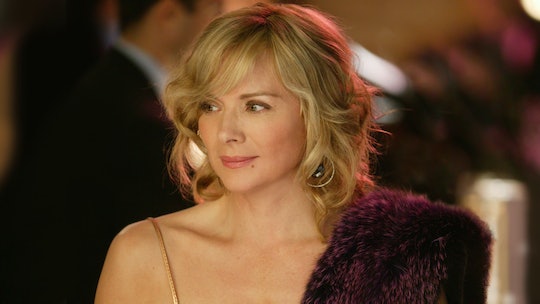 Oh, Ms. Jones. She may have started out a figment of Candace Bushnell's imagination, but now is a bonafide icon. The sex positive lessons to learn from Samantha on Sex and the City are plenty, and have influenced the kink of millions. Samantha is one bad b*tch, but she is also a loyal friend, a self-made Manhattan mogul, and unafraid to be who she is, which makes her a perfect spokeswoman for sex positivity. Hell, she eve admits her age in the final episode of the series. It's exactly this no-shame attitude about anything, which includes lots and lots of sex, which makes Samantha Jones a compelling character. Not only is she a stone cold fox, but Sam has quite a bit to teach young women about what it means to be hot and self-possessed. Of course she's an extreme character, but who of the show's famous foursome isn't?