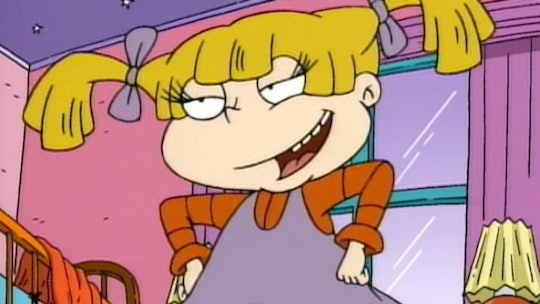 There a few things that they just don't make like they used to, and television is definitely one of them. TV in the '90s had a certain je ne sais quoi about it; something that made your childhood heart pitter patter at the thought of TGIF programming, something that makes you woozy with nostalgia when you think back on all the killer '90s TV you were blessed with. Which is why there are TV characters from the '90s that every parent has to explain to their child. Because your kids deserve that connection to the TV shows and characters that shaped you when you were a child.

From the TV characters starring on shows directed at your age bracket to those who starred on shows that were on way past your bedtime, there's no denying that the '90s were a golden era of TV shows and colorful characters. Whether you related to these characters on some sort of spiritual level or simply took note on how not to act from their behavior, the following TV characters of the '90s are here to remind you just how much you miss them, and just how valuable they can be to your children.