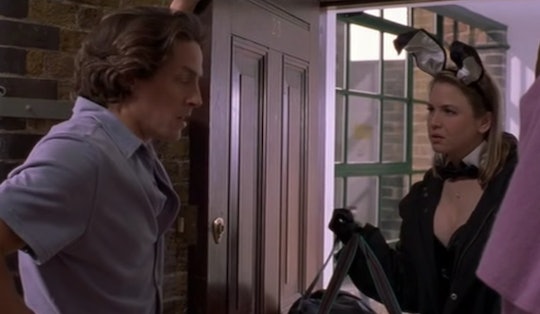 19 Women Share How They Confronted Their Partners About Cheating

When starting a relationship, you tend to expect wonderful (and, perhaps, only wonderful) things for your potential future with your new partner. Regardless of what type of relationship you end up having with that person, though, you never really expect it will end with infidelity. I asked women to share how they confronted their partners about cheating and, honestly, was a little shocked at the number of women who came forward to tell their story. Turns out, more than 50% of both men and women have admitted to cheating at some point in a relationship so, sadly, this is more common than most realize. While infidelity doesn’t always signify the end of a relationship, it does hint at potential problems within the relationship, and could definitely mean that while one person wants the relationship to continue, another, well, doesn't.

So what do you do when you find out you’re being cheating on, anyway? The following 19 women bravely shared how they chose to confront an unfaithful lover. Some of their reactions were calm and allowed for productive conversation, while others simply knew that it was catalyst they needed to pick up and move on. Of course, infidelity is not a black and white issue, and there’s definitely a difference between one accidental drunken kiss to a year-long full-blown affair. Here are all the ways these cheating partners were confronted by their partners:

By dumping their things in their front lawns and telling them to leave me alone for a while (all 3 times).

"I confronted him on the telephone, with the girl on the line. He kept trying to lie his way out of it, even arguing with her that what she said happened, never happened. He sort of confessed later on, and I was in a very messed up place in my life so yeah, I married him anyway. The cheating wasn't ever cheating because we were 'off' but the continued lying was devastating. It laid the foundation for the rest of our relationship. He continued being deceptive about pretty much everything."

"The only one I directly confronted was someone I was living with. I shook him awake and went off. And when he lied, I showed him that the other woman, whose number I found, was corresponding with me, so there was no room for BS. This went on for weeks and weeks after. And he did it again with another woman after."

Told her I knew and left. No other contact since.

"I waited until he came home from work. He worked nights, so the baby was already asleep. I repeated bits of the nasty conversations he was having online until he caught on. Then I made him log on to Facebook (his secret account) so I could see everything (I convinced him that I could only forgive him if I knew the whole truth). I read his texts to women asking to meet, telling them what he wanted to do, and then asking when he could come over again. I went straight past heartbreak and into the worst anger I've ever experienced. Suddenly, in the middle of reading, I got really calm and just remember saying, 'that's enough,' over and over in my head. I poured myself a drink, sat on the couch and explained everything that would happen next: 'You're leaving my house. Tonight. Call your brother now and explain that you need to stay with him. I'm keeping the SUV. I'm keeping the house. We'll work out visitation with the baby, but you should go to the child support office his week and start the checks. My lawyer will contact you. I'm done.'

I talked to them directly about what I saw and asked what was going on.

"I called him once my friend told me they’d seen him hanging a lot with another girl at school. He said she was just a friend. I had a friend drive me to his school and I saw him walking out of school with her. He came over to talk and tried to calm me down about it, but I just told him I knew it was over and screw him and left."

I called him on the phone (he travelled for work) and demanded he come home immediately. It took him a few days to get home, and they were terrible days of angry phone calls, and him apologizing and making excuses.

"I can’t really remember any more. It happened so many times. Unfortunately, by the time I discovered the truth, I was in too deep. His grip was too tight and it took many years and many cycles of the same cheating and promising it was over and cheating again, sometimes with others, and sometimes with the same girl, for me to finally break free. It's crazy to think about now."

By crying and screaming at him.

"With the first one (when I was still a teenager) I had a huge fight with him. Broke up with him. Got back together for a few more months. Then went to college, met someone else, and broke up with him for good. With the other two, they confessed to me; no confrontation necessary. It wasn't fun but we worked it out and I'm still on very good terms with both of them."

Angry texting and passive aggressive behavior for the rest of the time we were together.

"With the first one, I confronted him two days later, after Thanksgiving dinner. I asked him about the dinner and more details. He gave me some more details however, when I asked him about a movie, he looked at me with a blank stare. I told him what his best friend had said about going to the movies. In the end he told me that he had gone to dinner with the girl, but only them two and because 'she wasn't you.' The second one I confronted with his chat logs and he vehemently denied ever writing those things to her. I told him that the next time she called, I wanted the call to answer his phone on speaker. Not even a minute after requesting this, she called. He did answer on speaker and sure enough, my suspicions were correct. She was requesting for him to come over and watch a movie with her in bed. He turned bright red and still had the nerve to tell me she's never done that before."

I only confronted the second one, angrily and repeatedly (once should've been enough), suspending my disbelief that it really was just work. A couple of times it nearly ventured into fistfight territory but mostly stayed over in, 'How dare you accuse me? You have no proof,' land. It turned out that my definition of cheating was somewhat broader than theirs.

I confronted them by speaking with them, except the married one, which I never spoke to again.

"I confronted the first boyfriend after he had come back from a month long European vacation. He was trying to stay friends and had insisted to meet up. It was in our meeting on campus that I confronted him about it and he denied it. I told him I didn't believe him and he said he didn't care. He stopped trying to be nice. Last time we ever spoke. With the second boyfriend, I confronted him when I caught his mess up in the timeline of our break up and his new relationship. I just said, 'You were dating her before we were done!' It caught him by surprise. He denied it and said I was paranoid and had low self esteem and couldn't stand that about me. I kept redirecting his attacks on my character and kept pointing out his lie. And then he said, 'Well, whatever!' And that I'm not an easy person to deal with and he needed to be with someone that accepted him the way he was. Sounded like he was admitting it but then he kept denying the cheating."

I talked to him about it and he lied.

"I called him and left him an angry voicemail essentially telling him I never wanted to see him again. I didn't hear from him for about a year, then out of the blue he called and apologized."