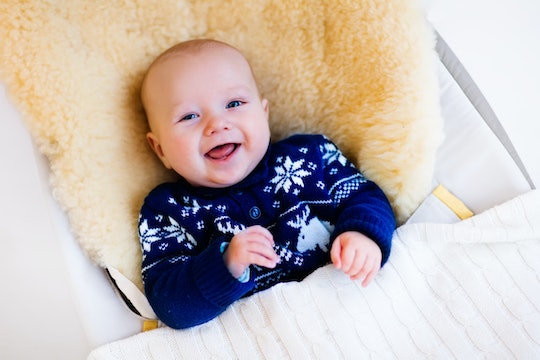 When choosing the name that your child will carry with them throughout the rest of their life, a name that evokes feelings of a picturesque remote island and a cozy sweater at the same time is perfect for parents inspired by Scotland's Fair Isle. These 20 Fair Isle baby names are the pinnacle of rustic perfection, much like the island itself.

For those of you who may not be familiar with this jewel of an island, BBC Travel calls Fair Isle, "one of Britain’s most remote inhabited islands" with a population of about 55 people, drawing tourists mainly in the form of rare bird and lighthouse enthusiasts. The Scottish island's terrain is mostly rugged with rocky beachfronts and rolling green grassy hills between the shores, but the reason for the island's popularity around the world has to do with a certain type of knit sweater originally produced there.

Knit sweaters, or jumpers as they are commonly referred to across the pond, with intricate patterns that weave multiple colors of yarn together in the shape of crosses, ram's horns, star-like patterns, Xs and Os, and the like originated from the small island. Although similar sweaters are now often mass-produced by retailers, the practice of knitting in the tradition of Fair Isle is a method still practiced on the remote island, which serves as the inspiration for these 20 Fair Isle baby names.