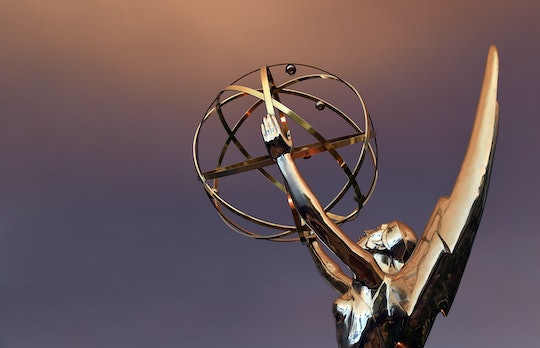 While some of the changes to TV's biggest night might have felt a bit clunky and awkward on Sunday, one new element was genuinely uplifting. Indeed, the 2020 Emmys incorporated essential workers into the programming, giving these important heroes who've been keeping the country running throughout the pandemic a chance to shine.

Host Jimmy Kimmel stood mostly alone at the Staples Center in Los Angeles, California on Sunday night instead of how it would normally happen — in front of a live audience chock-full of celebrities dressed to the nines and ready to receive their awards.

This year, things looked a little different. Awards were not passed from one celebrity to the next while they read stilted speeches from a teleprompter. This year, many of the awards were announced by essential workers. Like a female truck driver who listed the nominees for Best Supporting Actress Emmy for a Limited Series. Or Cindy Marcellin, the history teacher who named the nominees for Best Actor in a Comedy Series and told viewers a little about her experience teaching during COVID-19. "I'm teaching history, I'm living through history and when the pandemic started I thought, 'Hey I'll see my kids in a week or two.' And those weeks turned into months. I can't wait to come back to work just to see their faces," Marcellin said.

There were postal workers, ranchers, delivery drivers, medical personnel. In other words, people who have kept the country going throughout the pandemic at great risk to themselves.

Jimmy Kimmel explained at the outset of the 72nd Primetime Emmy Awards, "We are not just celebrating ourselves tonight, we are also shining a light on doctors, nurses, teachers, farmers, truckers — people who do so much to keep this country going. Tonight we invited some of the essential workers to be part of the show and hand out awards to those who are much less essential than they are."

Incorporating essential workers into one of the most prestigious awards shows in the country was a compassionate nod to the changing face of our priorities. As Kimmel noted, the people handing out awards on Sunday night have become more essential than ever. When the entire country went into quarantine in the spring, these were the people who kept everyone fed, healthy, warm, and educated.

Honoring essential workers was not the only way the Emmys gave back on Sunday night. The Television Academy pledged to donate $500,000 to No Kid Hungry, according to Deadline, while all nominated broadcast and streaming partners pledged to donate $100,000 to the same charity for a total of $2.8 million.