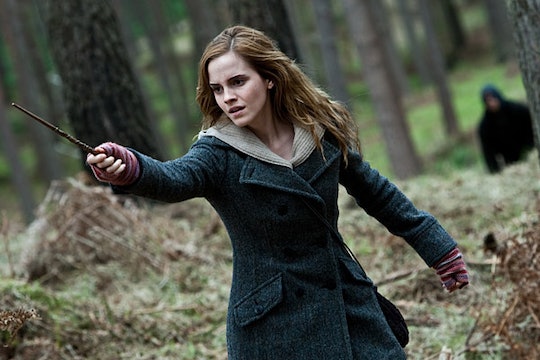 Sugar and spice and everything nice, that's what little girls are made of. Or so the saying goes. But those of us with daughters know that the silly little line is just that — a silly little line. Girls are strong, brave, fierce, and often stubborn as hell. They have faults, tempers, and aren't perfect, but that makes them all the more lovable. And because of this. so many of my friends are terrified to have a daughter. To get amped for having a girl, by picking a baby girl name inspired by the badass women in pop culture.

I know, there's a lot of real-life BAMFs out there who deserve namesakes, too. But there's just something about these fictitious women that makes for great name inspiration. They're created by another person, meaning someone thought to break down the traditional female stereotypes and give us strong, incredible women in our books, movies, and television shows. Your daughter is going to be exposed to these mediums eventually, and giving her a name connected to an incredibly strong character will give her the confidence and courage to go out there and make life happen on her own terms. Whether you're more of a book fiend or a television binge-watcher, there's 21 baby girl names inspired by the BAMFs of pop culture. Each one is unique in her own way and, let's be real here, I'd love to go out for a drink with each and every one of them.