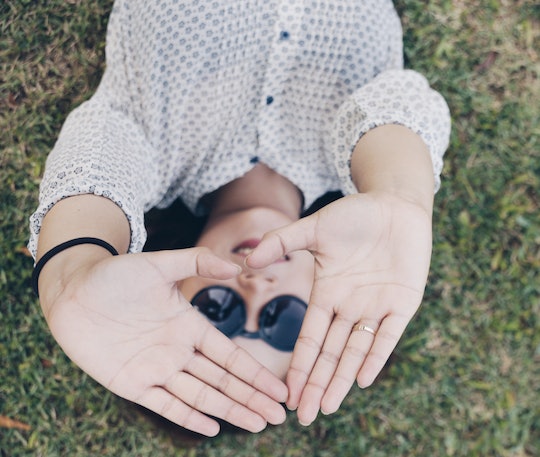 21 Daily Habits That Will Ease Your Anxiety

Anyone who suffers from anxiety will tell you that it is a daily struggle. You have to deal with racing thoughts, a sense that everything is too much, and a myriad of physical side affects. And although it can be treated with medication, there are also daily habits that will ease your anxiety, which are refreshingly simple and effective.

More Like This
I've Missed You So Much! You Still Can't Touch The Baby.
Can Ovulation Make You Anxious? Experts Explain
Could Increased Anxiety Mean You'll Go Into Labor Soon? Experts Explain
15 Face Masks For Kids That Are Cute, Comfortable, & Get The Job Done

You don't need me to tell you that the number of women suffering from anxiety is on the rise, because chances are, you or someone you know is dealing with some form of anxiety. According to the Anxiety and Depression Association of America (ADAA), anxiety disorders are the most common mental illness in the United States, affecting 40 million adults. That's 18 percent of the population, hitting women hardest. Women are twice as likely to suffer from generalized anxiety disorder than men, according to the ADAA. Additionally, women are twice as likely to suffer from panic disorder than men.

But, what causes anxiety? It's a good question, and there are a lot of theories, especially as to why women today are so affected by it. The ADAA counts genetics, brain chemistry, personality, and life events as major indicators of anxiety. However, the American Psychological Association (APA) found that millennials report more stress than any other generation. One theory as to why this is, according to Psychology Today, has to do with the myriad of choices millennials face, coupled with higher work, family, and financial expectations.

If you think anecdotally about it, you're probably dealing with more options and expectations than your mother was, right? Though that's awesome, with opportunity comes stress and anxiety about not being able to live up to expectations. And although treatment for anxiety is readily available in the form of pharmaceuticals, (the ADAA reported that anxiety disorders cost the United States more than $42 billion a year in health care) there are also some easy daily habits you can try to alleviate anxiety. The following are not meant to be a substitute for a physician's care, but are worth trying because of how simple they can be for immediate relaxation.