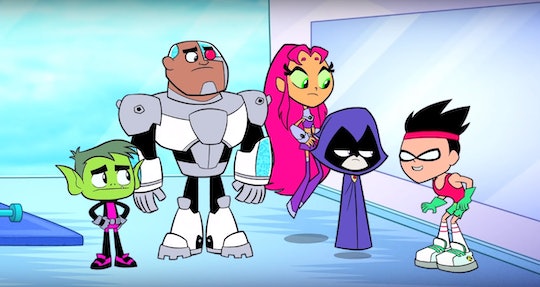 Being able to stream movies and TV shows endlessly is my idea of a perfect Friday night, especially when the entire country is still practicing social distancing. Not surprisingly, as schools remain closed, kids have adopted our habits of unwinding at the end of the day. And fortunately, there are enough kids shows on Hulu for kids of all ages to find something they want to watch. I’m not saying that all kids should be glued to a screen, but it’s inevitable, so you might as well get a little familiar with some of the best kids content available on Hulu right now.

If you’re hoping to introduce your younger kids to something classic like Sesame Street, you can stream a number of seasons of the long running educational show. Or, if you have older kids who are kind of past the whole education TV thing, Hulu has the rights to Cartoon Network hits like Teen Titans Go! and Clarence, both of which are also funny enough for parents to enjoy too, FYI.

Hulu also has some of the newer YouTube shows that have branched to television, so in case your kid hasn't gotten his or her fill of Ryan’s Toy Review on YouTube, they can now watch Ryan's Toy Review Ultimate Mishmash. Because apparently there is a market for watching other kids play with toys instead of playing with them yourself.

Whether or not Hulu is your go-to place for streaming content daily, there are a ton of kids TV shows to satisfy all ages. And as this summer begins on an admittedly weird note and playdates are still off the table for the time being, this is the perfect time to familiarize yourself with some of the best options.

More Like This
When Does 'Yellowstone' Season 5 Come To Peacock? Not Soon Enough
Hey Fellas, 'Ted Lasso' Season 3 Is Coming Soon
The Best Valentine’s Day TV Episodes For Kids
22 Cute “Y” Names For Baby Boys
What Parents Are Talking About — Delivered Straight To Your Inbox

This article was originally published on May 7, 2019