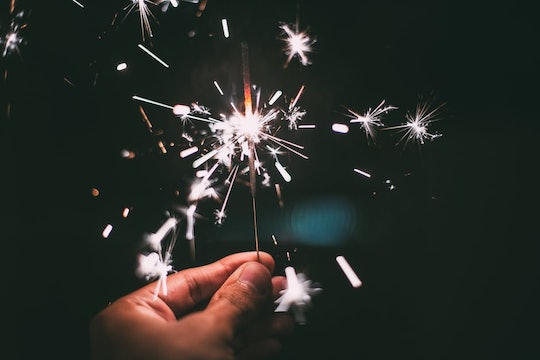 Can you believe it's finally time to say goodbye to 2016? Although this year has been full of great personal and professional things in my own life, it hasn't exactly been an amazing year for the rest of the world. As you prepare to embrace 2017, you'll want some New Year's Day and New Year's Eve memes to help you say "see you later" to the dumpster fire that was 2016.

But more than that, you want memes to share the hope and joy that 2017 should bring. There's something about the new year. Although I'm not a big believer in making New Year's Eve the best night ever (way too much pressure and room for disappointment), I do love the idea of a clean slate, resolutions, and a new start. Nobody's saying you have to completely revitalize yourself in 2017, but it's like when you take the time to prepare for a new week on Sunday. Isn't it amazing how your Monday feels so much better because you got organized, you were ready for it, and you were determined to make it the best Monday ever?

OK and sometimes, New Year's Eve just sucks. So there's that, too.

No matter where you are on the spectrum, whether you love New Year's Eve and New Year's Day or hate it, here are 23 memes to help you bring in 2017.

More Like This
You're Going To Laugh So Hard At These Graduation Memes
Operation Fly Formula Begins With 78,000 Pounds Of Baby Formula
Chris Pratt & Katherine Schwarzenegger Welcomed A Baby Girl With The Prettiest Name
Mom Gave Birth On The Side Of The Road... With Her Five Other Kids In The Car