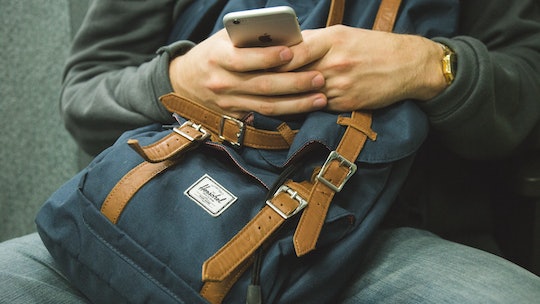 You may think you're in the know about all the latest acronyms and slogans that the kids are using these days, but, hey, it's 2017 and things have changed since you were a teen using a flip phone. Who remembers having to press the #1 key three times to get to the letter C? Texters had to be very patient as they tapped out their messages, prompting the popularity of quick and easy abbreviations to use to get your message across more quickly. The text slang phrases your kids are using are not only different from what you were using years ago, but it's probably different from what you thought was hip to send months, maybe even weeks ago — yep, they're changing as fast as your kids are.

From the well known LOL (laugh out loud) to the sarcastic and less often used KYS (kill yourself) there are plenty of phrases that you may have seen before, but missed their meaning. Before you start trying to communicate with the younger generation in a more casual, modern way though, consider that nothing says "uncool" more than a parent trying too hard to be, well, cool. If you start using their lingo, you are almost guaranteed to use at least one expression incorrectly, which will earn you at minimum an eye roll, at maximum, public social media humiliation. They might take a screenshot of your "hilarious" attempt at the text slang and forward it to all their friends, mocking you virtually, but with a far reach. If you think you are willing to risk it, following are a few you can try.

More Like This
17 Best Potty Training Products For Toddlers
From Captions To Gifts, These Are All The Kindergarten Graduation Ideas You Need
These High School Graduation Speeches Will Give You Hope For Our Future
The Best Apps For Selling Used Baby Gear