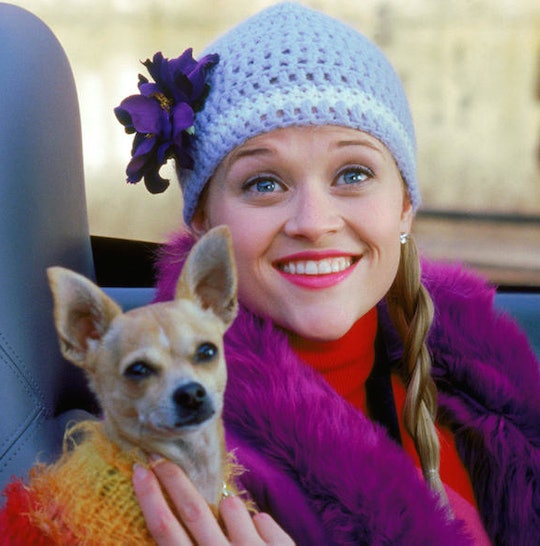 24 Ways Being In A Sorority Prepares You For Being A Mom, Because Bonding, Teamwork, And Staying Up All Night

Surprisingly, I’ve found that even now, more than 10 years after graduating, I’m still discovering new ways being in a sorority changes your life, and even prepares you for parenthood. The stereotypical image of a sorority girl — or a sorority woman, as many of us prefer to be called — doesn’t exactly scream “motherhood," but (thankfully) I found my experiences in a sorority to be much more than the red solo cups, skimpy outfits, and heavy make-up that we're seemingly known for, (which is lucky for me, because my make-up skills seriously still needed work when I was a college freshman).

Joining a sorority was a quick and easy choice for 18-year-old me as I prepared to attend my state’s flagship university. Automatic belonging in a community? Check. Quick and easy friendships? Check. Feeling “cool” about the potential of wearing Greek letters around campus? Check. Living in a big house that was nicer than most other college housing options? Check. Access to fraternity boys? Check. Sign me all the way up. I didn’t care about the stereotypes — the upsides were too alluring to turn down. I knew there were serious parts to being in a sorority too, like sisterhood, community, history, ritual, things that would require pantyhose and pearls...but I didn’t give it much thought. My decision was made.

I might have struck some sort of lucky sorority lottery, but I found the Greek experience, though flawed, to overall be pretty awesome. And though I understand more now than I did then about how issues surrounding privilege, diversity, and misogyny are playing out on college campuses, and how Greek systems typically don’t help the problem, I still think I’d make the same choice (as long as I could go back to a time when cameras and Internet weren’t in everyone’s pocket during Thursday night parties). And perhaps more surprisingly, my years in the Greek system gave me a crash course in feminism and women’s issues because, all of a sudden, I was in close quarters with more women than ever before. And — surprise! — well all had different backgrounds, interests, ideas, wants, and needs. But that’s a conversation for another day. Really, the prime lesson remains that there are a number of aspects of sorority live that ready you for motherhood, including: