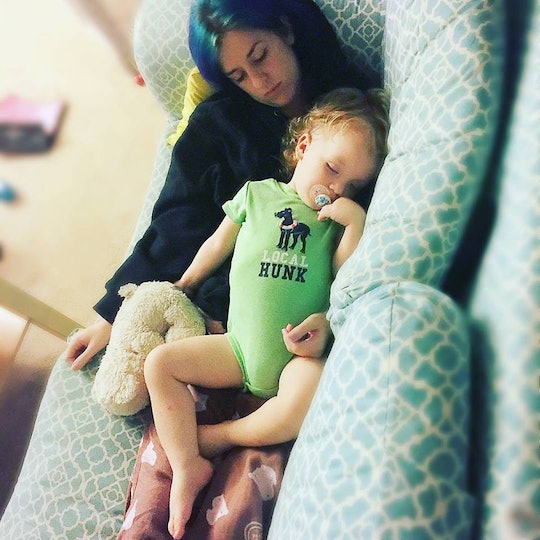 They say laughter is the best medicine and a large majority of people prefer to use humor to get through tough times. So it's no surprise that plenty of parents crack jokes during the trying times. If I'm being honest, though, I think the sleep-deprivation lends itself to delirium, and everyone's funnier when they're a bit delirious. In fact, there are so many hilarious parenting tweets about exhaustion, that it's reassuring to know you're not the only one who has had these thoughts when you're about to fall asleep in your over-sized mug of coffee.

How many times have you refused to have any kind of conversation before you've had some form of caffeine intake first? Raise your hand if you've totally put a non-food item (remote, eyeglasses, phone, etc.) in the fridge and not even noticed it until the next time you needed to get something out. Nod your head if "an uninterrupted nap" is at the top of your wish list for your birthday, Mother's Day, Christmas, anniversary, and any other holiday where gifts are involved.

Though a good night's rest is an essential ingredient in a human's ability to function, kids just scoff at science and continue to interrupt, delay, or otherwise ruin your sleep. Check out these funny tweets that perfectly capture the sleep struggle of parents everywhere.