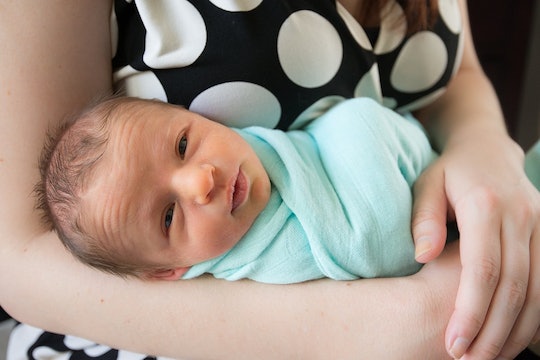 Most moms expect the first 24 hours with their baby to be a mixture of exhaustion and happiness. Unfortunately, many aren't prepared for the following night, which can throw them for a loop. Some babies get what is called "second night syndrome," and although it's not a medical condition you need to worry about, in the moment it may seem like something is wrong. The symptoms of second night syndrome are fairly self-explanatory, but if you expect a challenging second night, knowing the symptoms can help you mentally prepare.

As frustrating as it can be, second night syndrome makes sense. After nine months of being safe, warm, and secure, surrounded by your heartbeat and knowing nothing else, your baby has a rude awakening when these things are suddenly gone. They're in a hard bed, unable to move freely with the swaddle, and being held by strange people. The only familiarity is mom's voice and her warmth — no wonder they don't want to be away from you.

As difficult and off-putting as it can be, knowing that these symptoms aren't anything to worry about and that your baby isn't actually trying to break you, they're just adjusting to their new post-womb life, can make it easier to handle.