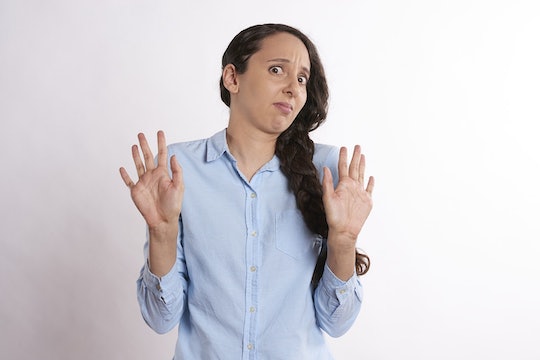 There's no denying that everyone has something they're afraid of, whether that fear is likely to occur or not. But fears and phobias aren't quite the same. Although they walk a parallel line, phobias are often an irrational fear or even aversion to something, versus a logical fear that can be explained away and that doesn't cause extreme anxiety. So, if you find yourself strangely freaked out by something unexplainable, it's possible you're experiencing one of the diagnosed phobias you didn't know existed.

As I've grown and widened my social circle, it's become more and more interesting to me the phobias I've stumbled across. There are well known people like Howie Mandel, for example, who has a phobia of germs (mysophobia or germophobia) – also a fairly well known phobia. But did you know there's a legitimate fear of holes being close together? I didn't realize that until the most recent season of American Horror Story aired, and people were freaking out at the clustered holes present in their commercials. Those images triggered a little known phobia called trypophobia.

It's phobias like that which fascinate me, and many others for that matter. So, if you're curious what unusual phobias are lurking about or wonder if you may possess one, you've come to the right place. Check out some of these pretty uncommon yet fascinating phobias. And know that it is possible to treat phobias, according to Web M.D., which notes that "by taking one small step at a time, most people with phobias can reduce their anxiety and, in many cases, move beyond it."

Note: If you suffer from a phobia, there may be triggering images below.