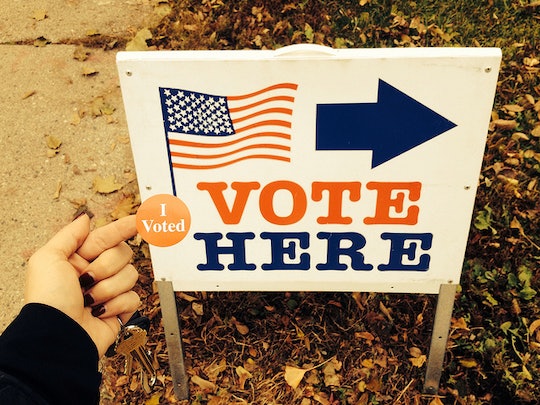 We have over a year until the 2016 elections, but I’ve already set my sights on the future. My daughter is just four years old now, so she’ll cast her first ballot for president four terms from now, in 2032. And while I’m hopeful that our next four presidents (or two really popular presidents) will resolve at least a few of the world’s problems by then, I’m a realist. Not only do multiple current problems remain unsolved, I bet that we’ll have grown an entire crop of unforeseen challenges by the time our kids reach adulthood. Which issues will our kids encounter on the 2032 ballot? I think we’ll see a mix of old, evergreen debates and some with a new spin of urgency or technology.

I’m not the only one looking ahead. Politicos of either affiliation are starting to consider ways that current demographics will shape or re-shape politics in the coming years. Young first-time voters will arrive at the polls in 2032 in a world where marriage equality has never been questioned and having a black president (or a female president?) is really nbd. Join me in imagining the kinds of issues that might be no-brainers — or topics of deep political debate — for our kids in 2032.

I’m choosing to imagine that several presidential terms from now, we’ll have put to rest the old debates over whether women should have the right to make decisions over their own bodies. As the mother of a little girl, I want to believe that when she reaches adulthood, her equality will never be in question — either because she’s a woman or a woman of color. But, given our current debates over the ethical balance between science, medicine, and family building, I can imagine other reproductive rights issues that she and her peers could have to vote on. For example, UK lawmakers recently passed a bill to allow egg fertilization using the DNA of three donors — a scientific breakthrough that could help parents enlist donors help to avoid passing along certain diseases to their children. Will our kids have to weigh in on egg donors’ rights, three-person adoption, or legislation to guard against donor exploitation?

In 2032, my little four year old will be preparing to exit college and enter the workforce. Of course, I hope to make that exit as easy as possible for her by helping her avoid the burden of student loans. But if the cost of attending a 4-year public college continues its upward trend, U.S. News And World Report predicts that each year of higher education could cost as much as $44,000 —more than $200,000 for a bachelor’s degree. Sadly, borrowing may simply be a fact of life for my daughter and her peers. That means more policies to support young workers who need to repay those loans — and advocating for policies that put higher education within reach of more people — will almost certainly be introduced and debated in the future. My daughter will have to identify and vote for candidates who take that issue seriously.

Government officials have been warning voters for years that Social Security is on the verge of bankruptcy. Certainly the trust fund is in trouble—with more aging workers preparing to draw benefits than new employees paying into it, projections are that the system will stop being able to pay full benefits to retirees beginning in 2034. Since I’ll be nearing retirement age in 2032 (whoa), I’ll go ahead and say that most of today’s SS benefits come from taxes collected in current paychecks, not past ones — put another way, the FICA taxes taken from our children’s paychecks will be turned around as payments to future retirees. The question of whether to raise the retirement age, raise taxes, or cut retiree benefits in order to keep the program running could reach crisis level by 2032.

If we don’t find a way to turn the trends on climate change, scientists warn, our kids could be forced to consider ways to “hack” the atmosphere to reverse global warming. If you’ve never heard of geoengineering, it’s an emerging – and controversial – field that some environmental scientists looking for ways to cool the earth’s climate are beginning to explore. We’re talking everything from growing artificial trees or algae to absorb the glut of carbon dioxide in the atmosphere to putting a chemical (or actual!) barrier between the earth and sun to reflect some of the sun’s rays. As you might imagine, these potential solutions come with an enormous risk: scientists warn that messing around with the earth’s thermostat could have serious effects on our rainfall patterns and ecological balance.

Still, the longer we go without a viable plan to solve climate issues — or frankly, any of these pressing issues — the more likely it is that our kids will have to consider unconventional solutions or desperate measures. Isn't it better we get to the bottom of them now?