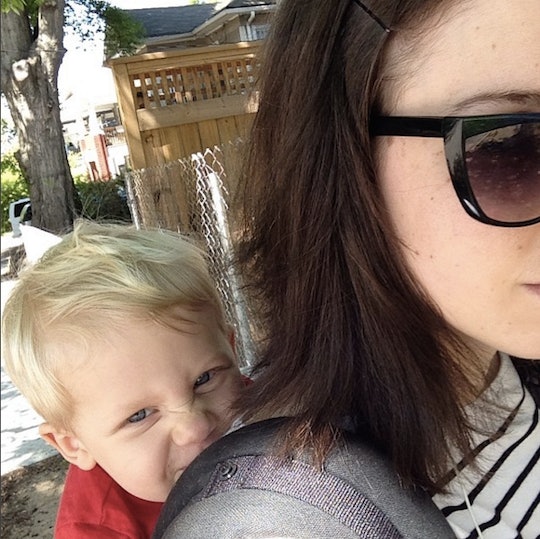 4 Reasons Why Being A Single Mom Is Actually Amazing

Nearly every TV show, movie, and book endlessly offer up stereotypes about single moms. You see the same person over and over. She’s usually young, frazzled, incapable of brushing her hair or changing her clothes, and her only redeeming quality is the vast support in her push-up bra. Well, contrary to the stereotype, some of us single moms can’t relate to that. (Except the push-up bra because sometimes it just works better with certain outfits, ya know?) But the rest? So played out, and usually really untrue. Sure, single moms get tired sometimes but so does every other mom. But the truth is, being a single mom is as full of pros and cons, and rich with complexity, as being a mom within any other family structure — so, why don’t we get to see the other side of these stories? Why are single moms relegated to such a limited (and limiting) "range" of depictions? We're either trashy sluts, or washed-up divorcées whose ex-husbands dumped us for a younger woman (who will likely also be depicted as a one-dimensional slut, because being a woman means being subjected to a never-ending series of degrading stereotypes, no matter who you are).

The end of a long day in my very real, single mom life usually plays out with tucking in my little friend. I carefully snuggle her into the sheets, give her Eskimo kisses because I can, look at that precious face with eyes so bright, and remind her that she’s my entire world. Because she is. There are definitely some irritating, frustrating, sucky moments in the single parenthood but kissing that monster goodnight is not one of them. And when I look at it, as I often do at 3 a.m. when I forget to sleep, there are quite a few ways being a single mom is actually amazing.

More Like This
34 Instagram Captions Perfect For Preschool Graduation Photos
17 Best Potty Training Products For Toddlers
From Captions To Gifts, These Are All The Kindergarten Graduation Ideas You Need
Here’s What You Need To Know About That Viral 1960s Baby Formula “Recipe”