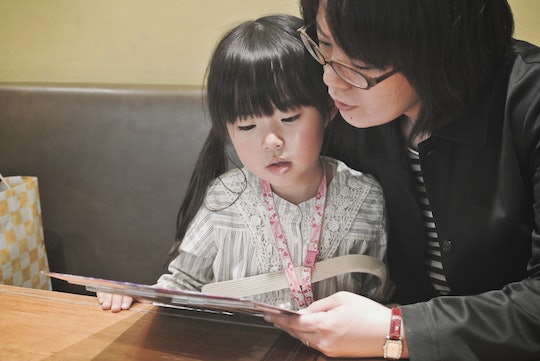 4 Things To Know Before Talking To A Child About Suicide

Three days before Halloween, I weathered the chilly walk from my locker to the temporary trailer where my sixth-grade homeroom and history classes took place. Once the last of my classmates settled into his seat, our teacher stood before us with an uncharacteristically grim expression. Then the morning announcements began. Instead of the usual weather report and school news, our principal informed us of the death of a seventh grade boy the night before. Our fellow Williamsburg Middle School Wolf had hung himself with a belt on the chin-up bar between his bedroom and bathroom. Daniel was 12 years old.

I overflowed with questions: Why did Daniel kill himself? Did anyone suspect he would try? Had he tried before? Was there anything anyone could have done to stop him? Was it natural to, at some point, consider killing oneself? Was experiencing suicidal thoughts a part of growing up, something everyone on the verge of adolescence did? My teachers and parents were patient as I asked away.

Most people learn about suicide as children, whether because the death of a family member or acquaintance necessitates a life lesson or because a book, movie, or news segment introduces the concept. How parents, teachers, and other role models approach the topic with children can have long-lasting consequences on their perceptions of suicide and how they cope with a personal loss. This responsibility makes initiating an already difficult conversation even harder.

I credit my homeroom teacher and my mom for honestly discussing suicide with me following Daniel's death. Their openness — rather than judgment —prepared me for future encounters with depression, bipolar disorder, and other forms of mental illness suffered by friends and co-workers. Romper spoke with Michael Bishop, a therapist and executive director of the Austin Family Institute in Austin, Texas, who says it is critical for parents and other caregivers to explain that mental illnesses — not moral flaws or other people's actions — cause suicide. This information lessens the stigma of suicide and helps children realize that they are not the reason for a friend or family member's death.

“The child you're responsible for should have the right kind of information,” says Bishop.

Whether your child hears about suicide on TV or loses someone close to them, here are four ways Bishop recommends parsing out the details of this unfortunately still-taboo topic:

“A smart 2 or 3 year old is aware when someone's no longer present,” says Bishop, but they're still too young to grasp the permanence of death. What young children need most following a loved one's suicide is “truth in a concrete but not graphic form.” That means plenty of comfort and affection without too many details.

“Explain that the person [who committed suicide] can't hear, can't talk, or can't eat because their body doesn't work anymore and that can't be fixed,” says Bishop. Children ages 7 to 10 are old enough to comprehend that suicide is not natural, while middle and high school students typically are mature enough to hear the full story of someone's death.

“Know your own child and what their capacity is,” says Bishop. “You can deliver the information over a few days."

Ask Your Child Questions And Encourage Them To Speak Up

A child may not be willing to admit fear or ignorance in the aftermath of a loved one's suicide and instead project a level of confidence, comprehension, and acceptance they lack. Assess what your child is thinking and feeling by asking questions and encouraging them to ask questions of their own.

“Many parents fail to ask their children enough questions,” Bishop says. “Too often, the approach is, 'I'm going to give them the information rather than ask them questions.'” Sample questions include: How are you feeling today? Are you sad? Do you want to cry? Are you thinking about the person right now?

For many children, it's easier to answer and ask tough questions during play instead of during a sit-down conversation. Bishop suggests throwing a ball around or engaging in a game or other activity to lessen the intensity of the moment.

If someone in your family has committed suicide recently, you may not want the whole town to know the particulars, which is absolutely your right. Make it clear to your child what may be mentioned to friends and classmates and what should remain family knowledge only.

“You can say, 'This is a narrative about our family. We don't talk about this outside the home. We will at a certain point but not now,'” says Bishop. “Make sure they know that the suicide is private, not secret. If it's secret, then that brings shame. It should be about confidentiality.”

He adds that you should tell your child's teacher and school counselor about a death in the family right away so they can monitor changes in your child's behavior, such as disturbing drawings, moods in the classroom, or inappropriate playground games. Tell your child that their teacher and counselor knows about the suicide so the child is not surprised if school professionals bring it up.

“Suicide is taboo in particular religious circles and some rural parts of the country,” Bishop says. He mentioned how in some small, rural American towns, the coffins of people who committed suicide may not pass through cemetery gates. To get around this rule, a pastor may allow for pallbearers to carry the coffin over the cemetery fence instead.

While this may be an unfortunate aspect of some cultures, it's not your place or your child's place to infringe in how other people raise their children. Change how society thinks about suicide by properly informing your child in the first place.

More Like This
14 Recipes For Sick Kids When Everyone's Tired Of Canned Soup & Crackers
Why Is My Discharge Brown? Experts Explain
Why Is My Vagina Itchy? Experts Explain
Doctors Swallowed LEGOS To Prove Everything Is Awesome For Kids Who Do The Same
What Parents Are Talking About — Delivered Straight To Your Inbox