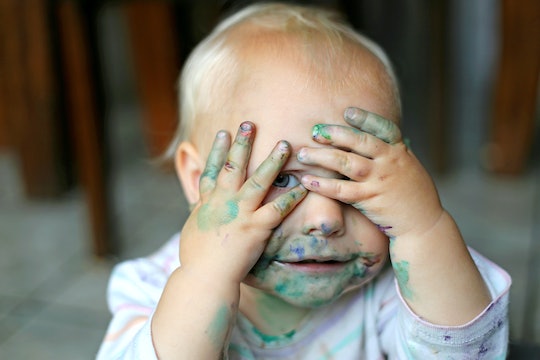 These 40 Hilarious GIFs Of Babies Will Totally Give You Life

Not only are babies cute AF, they have quite the sense of humor. The best thing is they have no idea how funny they are. It could be because babies have no filters, and they're so new to the world that everything they do is just too adorable. So adorable, in fact, that parents started making hilarious baby GIFs to showcase just how silly their little ones really are.

Whether it's a baby sleeping in a funny position, sneezing up some spaghetti, or even dancing (I mean come on, who doesn't love a dancing baby?), we know that kids do the cutest things. Doesn't matter what they're doing, because as long as a baby is doing it people go nuts. Right? No one thinks you're cute when you spit up peas, but if a baby does it, it kills.

Thankfully, parents these days film their kids 24/7, which means plenty of opportunities to catch them in the act. You can save these videos until they're all grown up to embarrass them at some future holiday dinner, send them to America's Funniest Home Videos, or you can even take it a step further and make that priceless moment into a GIF. Who knows? Maybe it'll go viral (talk about embarrassing your kid).

In the meantime, before you go turning your kid into an internet sensation, check out some of these hilarious babies GIFs that will not only make you laugh, but warm your heart too.

More Like This
What Is RSV?
Here’s Your Guide To Paced Bottle Feeding
Baby-Led Weaning: A Comprehensive Guide To Introducing Solids
Experts Explain Whether It’s Safe For Your Baby To Sleep On Your Chest