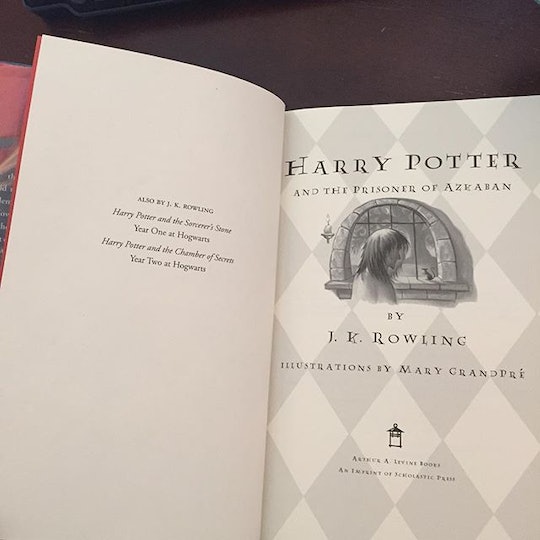 No matter how many times I read the Harry Potter series, I always have the same favorite — Harry Potter and the Prisoner of Azkaban. The third book introduces my favorite character (Remus Lupin, obviously), spills the beans on some serious backstory, and is the start of the books getting a little more sinister and a whole lot darker. I also think it has the greatest plot twist in the series, which is why the thoughts you have when you re-read Harry Potter and the Prisoner of Azkaban are so fun.

It's funny because I usually don't like to re-read mysteries or books that had some kind of epic plot. I like the surprise and the shock value, but of course, Harry Potter is not your typical series. The amount of foreshadowing J.K. Rowling includes in these books is exceptional, but especially in Prisoner of Azkaban. You're meeting some of the most loved characters for the first time and catching glimpses of their back story. Even small things, like when Ron mentions at the end of the book that he hopes to invite Harry to the Quidditch World Cup over the summer are huge. You meet Cedric Diggory and Cho Chang for a few split seconds in the novel, and you also start to see Percy Weasley head up the ladder of success on his way to becoming a total jerk.

So many subtle references and so many things you thought were forgettable are hidden in the pages of Harry Potter and the Prisoner of Azkaban that I will be seriously surprised if you don't have a few of these 49 thoughts while you're re-reading it.