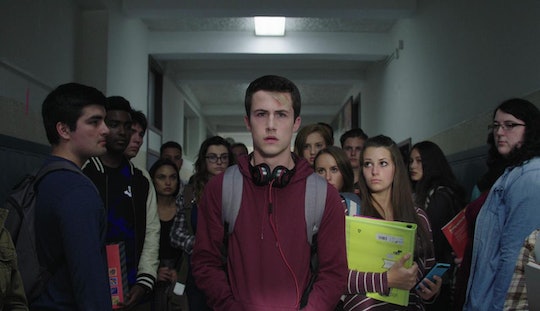 Everyone is talking about 13 Reasons Why Season 2 right now, especially due to the show's controversial bullying, sexual assault, and gun violence storylines. If you've finished binging Season 2, you might be curious to know if what happens to Clay Jensen, Hannah Baker, and other students happens in real-life. Unfortunately we're here to tell you that yes, these things do happen in real schools, and there are five documentaries about real-life bullying that you really need to watch.

Fair warning: spoilers ahead! If you haven't watched Season 2 of 13 Reasons Why, you might want to skip over this part. In the show's second season, Hannah has been dead for at least five months and Clay is still in denial over how her death has affected him. Over the course of 13 episodes, the controversial show explores some pretty heavy topics. Among those topics are: cutting, drug use, sexual assault, bullying, and gun violence -- just to name a few. The second season is extremely dark compared to the first, and it even left many storylines completely open ended in case Netflix picks it up for a third season. So far there's no word of that, but in the meantime you can watch the following documentaries to learn more about real-life bullying.