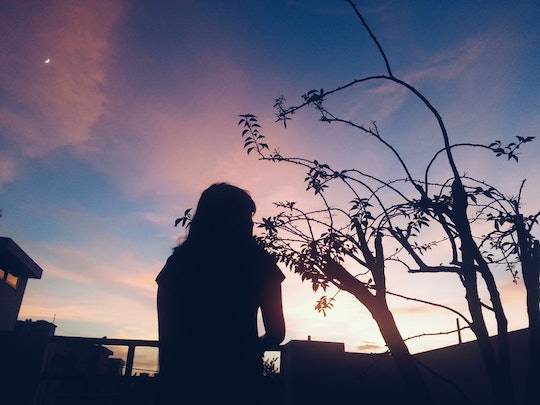 5 Fascinating Facts About Being Born During Mercury Retrograde

When someone is born at the same time that some noteworthy event is happening, it's not uncommon for corresponding predictions to be made regarding the child's life. My cousin was born during a hurricane, and several superstitious aunts wondered if maybe the storm wasn't a sign of some sort (for what it's worth, he's in his 30s now and not a walking natural disaster). Since Mercury retrograde is the astrological equivalent of a hurricane, a birth during that time could be seen as a similarly suspicious omen. But the fascinating facts about being born during Mercury retrograde are actually pretty positive, as it turns out.

"Being born with Mercury retrograde is an advantage," according to the popular Australian astrology site Mystic Medusa. "Or, at the very least, it is not disadvantageous. It deepens your consciousness and bestows an innate poetic sensibility. It gives the person a surreal literacy that many folks long to emulate."

Who knew retrogrades could be so romantic-sounding? It could be worth figuring out if your birth took place when that trouble-making planet was making its seemingly backward journey through the sky, and it's easy to do. Depending on your level of interest in astrology, you might have gone so far as to get your own personal birth chart drawn up by an astrologer at some point (or at least plugged your info into a free online calculator like this one at Astrolabe). If that's the case, look for Mercury on your chart; if there's an Rx beside the symbol, then you were born during Mercury in retrograde. If you don't have your birth chart, you can also check out the free table at Astropro.com; just scroll down the list, find the dates in your birth year, and see if any of them are within three weeks of your birth date (retrogrades generally last only about three weeks).

An estimated 25 percent of people are born during Mercury retrograde, according to ThoughtCo., so you have some fairly decent odds of finding out you're one of them. These are some of the more fascinating facts associated with your astrologically significant birthday.