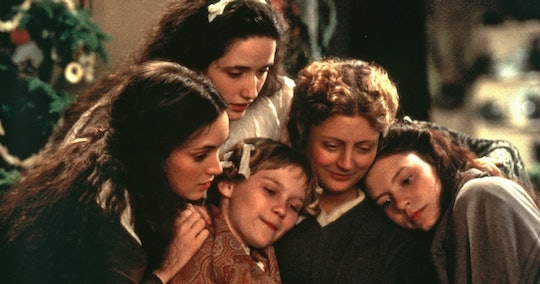 5 Feminist Moments In Classic Books, Because Feminist Heroines Are The Best

When perusing the classics, the general consensus is that the constructs of society were still stuck in ye olde archaic times, knee-deep in the norms of the patriarchy. Most women were meant to be seen, and not heard. If women were pretty and well off, they married up. If women were anything less, they received less. But a few authors and their characters defied these norms, brought us feminist moments in classic books.

Thank goodness for these authors. Without their avant-garde notions about a woman's place in society and their radical notions that women should be seen and heard, can you imagine where literature would be today? Much less feminist than it is. (And trust me, there's still room for today's literature to grow and reap the benefits of integrating feminism into their novels. Interesting female protagonists that pass the Bechdel Test, and aren't involved in a love triangle? Anyone? Anyone?)

Thanks to the following classic female characters and the authors who crafted the, the way for feminist decisions, storylines, and futures was paved. These women have stood the test of time, due in part to the fact that they are feminist characters, and the fact that they created a conversation around themselves that had more to say than who they wound up marrying.