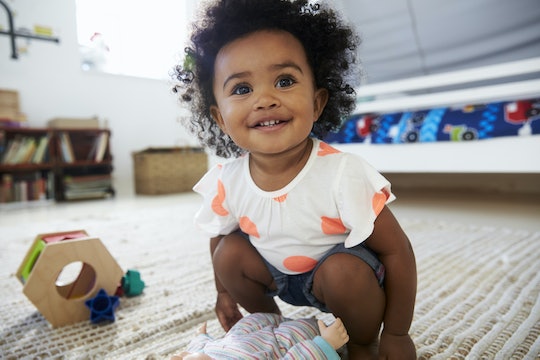 5 Personality Traits That Don't Change After The Age Of 3

The argument of nature-versus-nurture will likely rage on forever: Are we born hardwired to have a certain personality, or is our character molded by our experience? I'm not a psychologist, but I am a mother of three... and as such, I firmly believe that nature plays a huge role. It might sound crazy, but I swear each one of my kids' distinctive personalities was present from birth. So is your toddler's current vibe an accurate predictor of what he'll be like as a grown-up? There are some personality traits your 3-year-old will probably have forever.

You've likely heard that experts believe a child's personality is fully formed fairly early on in life. While this isn't a hard and fast rule — people's preferences and opinions will absolutely evolve over time — research has shown that there are indeed "significant links between our behavioral tendencies when we’re just a few months old and our later personality," as the BBC reported. Granted, nothing is guaranteed. Still, the "roots" of who we are go all the way back to infancy — and most of our strongest traits are firmly in place by around first grade, according to one study published in the journal Social Psychological and Personality Science.

"We remain recognizably the same person," study author Christopher Nave, Ph.D., told Live Science. "This speaks to the importance of understanding personality because it does follow us wherever we go across time and contexts."

Another study published in the Journal of Personality found that a 3-year-old's traits could predict his or her personality at the age of 26, as the Education Consumers Foundation reported, with certain traits known for being particularly stubborn.

But just in case you're starting to worry that your 3-year-old will still be throwing tantrums about having to wear pants when he's in college, it's worth noting that no child's personality is 100 percent set in stone.

"Some aspects of a child's temperament are essentially hardwired," Jonathan Pochyly, Ph.D., pediatric psychologist at Children's Memorial Hospital in Chicago, told Parents. "Many are predisposed to, say, being shy. But that doesn't mean you can't help guide and influence your child's behavior."

Psychologists once considered there to be nine different facets of infant temperament, but those have since been "distilled into just three broad dimensions," according to the BBC: "effortful control," "negative affectivity," and "extraversion." Those dimensions were then "clustered" into five types of children, as the ECF explained.

Interestingly, the 3-year-olds who could be described by one of the following types hung on to the associated traits well into adulthood. So if any of these categories applies to your little one... well, you might want to get used to certain behaviors.