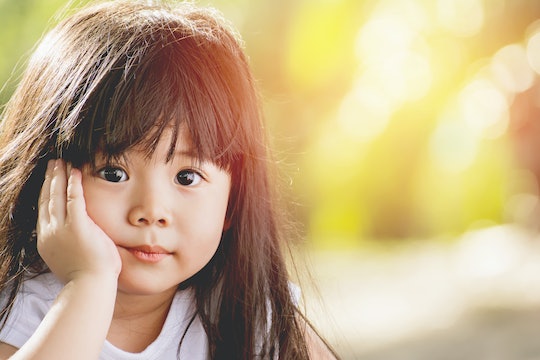 5 Personality Traits Your Toddler Will Have for Life, According to Science

When you're looking at your toddler busily overturning their bowl of Cheerios, babbling at their favorite stuffed animal, or sleeping peacefully in their crib, it's hard to imagine that that sweet little cherub will one day be driving a car... or growing taller than you... or presenting you with a grandchild. But while a lot happens in a child's first couple of decades, some things never change. For instance, psychologists have discovered that a child's personality doesn't really change between the early years and adulthood.

Of course, kids don't go through life scribbling on the walls and picking their noses (at least, we hope they don't), but two studies from Kings College, London, and the University of California, Riverside, both looked at specific personality traits exhibited by young children and compared them to the temperaments the children had when they grew up. In both cases, there was remarkably little change; shy children didn't become outgoing, and vice versa. Another study, from the University of Iowa, found that 1-month-old babies who were fussy were more likely to have anxiety problems and hyperactivity as tweens. "We think that personality resides within us," said California study co-author Christopher Nave in the journal Social Psychological and Personality Science. "It's part of our biology."

These are the traits the researchers found are most likely to carry over from the early years into adulthood:

More Like This
These 9 Potty Training Techniques Will Work On Even The Most Stubborn Toddler
How Often Should A Toddler Pee When Potty Training? It Depends
The Best Halloween Family Pajamas To Match Your Boos
43 Awesome Toys For 18-Month-Olds