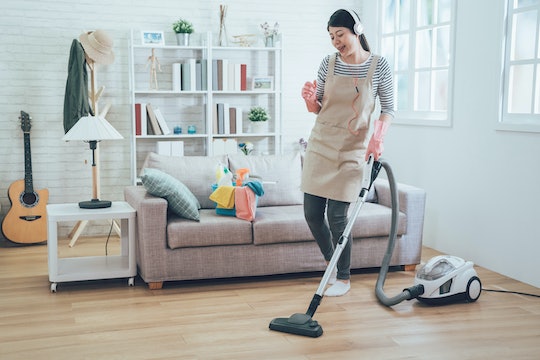 If You Still Have These 5 Personality Traits At 30, You'll Prob Have Them Forever

When I was a kid, people who were 30 seemed impossibly "old." The age seemed like a milestone I would take forever to reach. The day I turned 21, a friend of mine joked "Now you're almost 30," and we both laughed and shuddered. But as most "big birthdays" do, my 30th came much more quickly than anticipated. And now that I'm firmly in my mid-30s, I find myself wondering: are there personality traits you can't change after 30?

Most science-based discussions about the personality start with Harvard psychologist William James, whose seminal work The Principles of Psychology laid the foundation for the profession in 1890. In an often-cited line from the book, James wrote: "In most of us, by the age of thirty, the character has set like plaster, and will never soften again." Are we really hard and crusty old humans by the time we hit the big 3-0?

To find out the answer to that question, I connected with Dr. Sanam Hafeez, a neuropsychologist and faculty member at Columbia University in New York City. Psychologists generally use a method called the Five-Factor Model of Personality to evaluate how people are different from each other. "The 'big five,' as it is sometimes called, are five traits used for observing personality traits and the differences between individuals. The five factors include Openness, Conscientiousness, Extraversion, Agreeableness, Neuroticism [OCEAN]," Dr. Hafeez tells Romper.

Our journey toward the adults we are, or will be, is one that includes more twists and turns than you might realize. The traits we sustain throughout the majority of our lives will manifest themselves by the time we mature and reach our third decade. Before then, especially in our teens and twenties, they will "fluctuate before landing into a stable pattern after 30," says Dr. Hafeez. Your personality at 30 will closely resemble the person you'll be at 60. Here are some common characteristics we probably recognize in our lives that will become consistent after we leave our 20s behind.

More Like This
How To Tell If Someone Is Lying To You: 34 Signs To Watch For
How To Support A NICU Parent, From Moms Who’ve Been There
Is There Parenting Advice To Take From ‘Strangers To Ourselves’?
Exclusive: Watch Hayden Panettiere Talk About Addiction Treatment 4 Months Postpartum