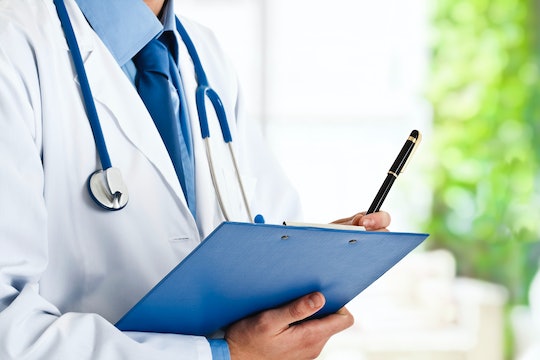 5 Signs You May Have Caught Zika

It’s warming up now which makes it very likely that Zika virus cases will begin popping up in a lot of previously unaffected regions, including the United States. Experts are saying mosquitos carrying Zika could start infecting Americans “in the next month or so.” With summer looming, many Americans, who may or may not suffer from hypochondria, are beginning to worry they’ve been infected. If you are scared your headache is more than just allergies, never fear — here are five signs you may have actually caught Zika.

There are currently 544 reported Zika cases in the United States but they are all travel-associated — meaning the victims were infected while travelling to one of the affected regions in Central and South America or via sexual contact with someone who was infected those areas. According to the CDC, zero cases of Zika in the United States have been “locally acquired vector-borne” — the vector being an Aedes species mosquito. This, of course, could all change as the weather heats up.

“The concern is that we will have local transmission,” Dr. Anthony Fauci, director of the National Institute of Allergy and Infectious Diseases told ABC’s This Week in an interview on Sunday. “In other words, people who get infected in the United States, get bitten by a mosquito, but who have never left the continental United States.”

While the United States has ramped up its mosquito control measures, experts like Fauci are preparing for locally transmitted cases. “We fully expect that will happen as we get to more robust mosquito season in the next month or so,” Fauci continued.

When this occurs, we are likely to see a lot more people heading to the doctor’s office at every little headache fearing they may have caught Zika. The big challenge with the disease is that the symptoms are similar to other infections, plus most people who are infected exhibit no symptoms at all. If you are feeling unwell and have been in a Zika-affected area, go see you doctor. Seriously! Just go, it’s better to know than to be stuck at home worrying.

According to the CDC, the most common symptoms of Zika infection are fever, headache, rash, conjunctivitis, or pain. As you can tell, a lot of those symptoms are similar to the flu or other illnesses but there are still a few unique markers that distinguish Zika from other diseases.

If you still aren’t sure whether your illness is serious, there are a few Zika virus signs and symptoms you should look out for.

According to the Mayo Clinic, a fever is considered any body temperature about 100.4 degrees F (38 degrees C). It is a common symptom of most infections so it is the trickiest to distinguish as Zika specifically. If you have a fever and one of the other symptoms, you should still head to the doctor for a test, especially if you’ve spent time in Central or South America.

The maculopapular rash associated with Zika is bumpy and flat starting on your face then spreading all over and, according to Med Mum, it can either look like small spots (similar to the measles) or small and red bumps (like Scarlet Fever).

A group of doctors from Hofstra Northwell School of Medicine in New York described Zika’s more distinctive symptoms in a report published in the Journal of American Medical Association’s Dermatology. “Itching was not a major feature [of the rash],” the report stated. “As the eruption faded on the upper body, it became more apparent on the lower body.” At that point the patient described feeling “burning pain” in his wrists, knees, and ankles.

Conjunctivitis, commonly known as “pink eye,” is inflammation that causes the eyes to become red and watery. Your eyes may itch or burn and you may experience a thick yellow and crusty discharge over your eyelashes when you wake up.

The male patient examined in the report above had just returned from a six-day vacation in Puerto Rico. “Within three days of his return,” Dr. Amit Garg and his team wrote, “the patient experienced headache and lethargy.”

The World Health Organization notes that the joint and muscle pain caused by the disease most often occurs in the small joints of hands and feet. Pain may also be accompanied by swelling.

If you exhibit any of these symptoms, head to your doctor’s office. They will be able to give you a blood- and urine-test to determine if you are indeed infected with Zika.

Of course, the best way to fight Zika is to prevent mosquito bites. Be sure to stay clear of affected areas as much as possible (especially if you are pregnant). Wear long sleeves and pants to reduce the amount of skin access for mosquitos and spray on some powerful bug repellant. By taking these precautions, you will hopefully be able to stay clear of Zika infection throughout this summer.