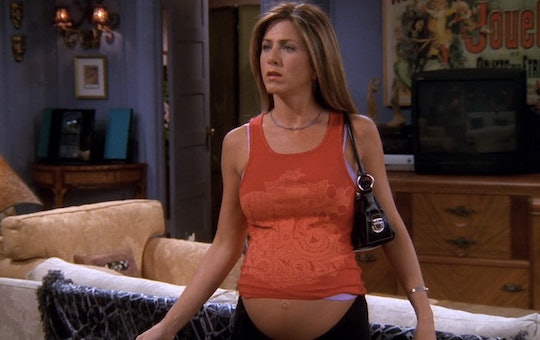 I've never had regular periods (if that's too personal for you, stop reading now), so when my midwives told me my due date was July 1st, I took it to mean... not a lot. The concept of a "due month" instead of a "due date" has gained popularity for a reason: 40 weeks is not an exact clock you can set your uterus to, as anyone who's ever been pregnant can attest. So I was somewhat prepared to ignore my due date entirely, but there were things I wasn't ready for when I tried to induce labor naturally after that joke of a due date came and went. Trying to figure out when you'll give birth feels like a guessing game, and my attempts at getting the damn show started didn't help my odds.

So when I was still hella pregnant and showing no signs of being imminently headed for birthing pool on July 16th, I was displeased but not surprised. It was Atlanta, it was roughly 87,000 degrees outside, and despite a breezy pregnancy, I was also carrying my 6'4" partner's massive fetus. In other words, I was done. When the midwives suggested we induce, I was onboard. It was the first of many deviations from my obsessively laid birth plan that I would make over the next few days.

I was onboard with induction, but I was extremely determined not to have any medical interventions in my birth. No Pitocin, no Cervidil, no epidural — nothing. If we were inducing, we were doing so "naturally," also known as the annoying way. I had already done spicy food, had sex, and a spent lot of time hooked up to my breast pump, to no success other than some totally useless contractions. I had no real concept of how real things would get once we really tried to induce labor, which included the following: