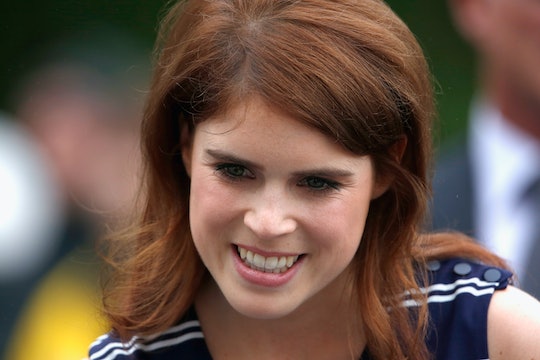 Here's Why Princess Eugenie Is A Classic Aries

When you think of the royal family, the first names that come to mind probably include William, Kate, Harry, and Meghan. But Prince Charles wasn't the only child born to Queen Elizabeth: The matriarch had three other children, and each of them had two children of their own, so there are more royals than you might realize — like Princess Eugenie, the 28-year-old daughter of Prince Andrew and Sarah Ferguson. What else do you need to know? Her zodiac sign is actually a good start, because Princess Eugenie is such an Aries in so many ways.

Eugenie has been in the headlines more than usual as of late because of her upcoming wedding to wine merchant Jack Brooksbank, slated for October 12 at St. George's Chapel at Windsor Castle (the same place where Prince Harry and Meghan Markle got married several months ago, of course). Still, she's been there all along, showing up in fabulous hats at fancy events and following all the rules of royal decorum and hanging with celebs. Speaking of celebs, rumored to be on the guest list for Eugenie and Jack's wedding are Cara Delevingne, James Blunt, Amal and George Clooney, and Cindy Crawford and Randy Gerber, according to Harper's Bazaar. (Jack Brooksbank is the European manager for Casamigos Tequila, founded by Clooney and Gerber, so that makes sense!)

For a crash course on all things Princess Eugenie before her big day (which unfortunately will not be televised), the stars can tell you quite a bit.