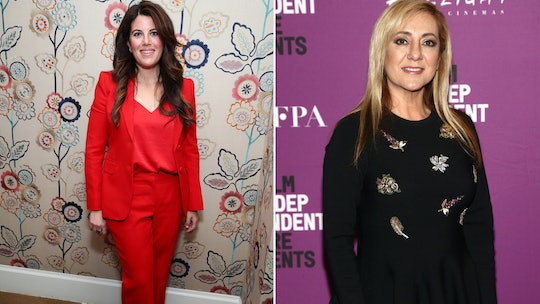 5 Women People "Hated" 20 Years Ago, But Have A Different Outlook On Now

When it comes to being female, the fearless ones seem to get all the flack. The phrase "well behaved women rarely make history" sure comes to mind when you think about women people "hated" 20 years ago, but have a different outlook on now. In honor of Women's History Month, here's a look back at women who made the news — but maybe not the popularity poll — back in the day.

Whether these women were interns in the White House, housewives going through dark days, or even big stars who people simply loved to hate, it seems to me that the commonality is they were women who brought up an issue — or issues — society would have preferred to look away from.

When Lorena Bobbitt cut off husband John Wayne Bobbitt's penis, for example, it was an instant punchline to comics and media jocks, with no one asking the more serious question of why in the world a wife would be driven to such an action. But a new documentary shows that it was also the beginning of increased conversation about domestic violence.

After Kurt Cobain committed suicide, wife Courtney Love was blamed as being behind it by millions of conspiracy theorists who just couldn't let go, bringing to mind old stories of the Beatles being torn apart by the band member's spouses.

"... A group of women ... were shamed in the 1990s, women who were what I call 'bitchified' — undermined, objectified, and thwarted by a sexist media narrative," journalist Allison Yarrow, author of a book on this topic, 90s Bitch: Media, Culture and the Failed Promise of Gender Equality, told NBC News last year.

Those two were far from the only ones who were publicly shamed back when you were knee-high to a grasshopper: From Bobbitt to Monica Lewinsky and beyond, read on for more about women whose cases — either in court or the court of public opinion — might look different today.