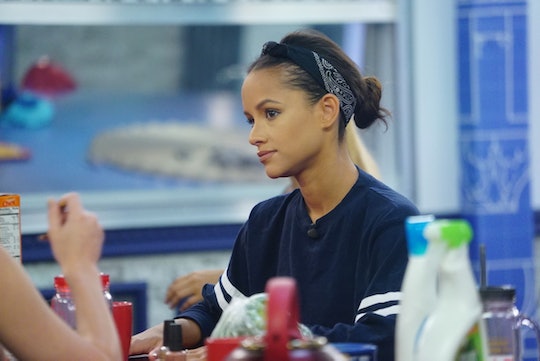 This has been a pretty good week for Jessica Graf in the Big Brother 19 house, which isn't usually a thing that can be said about someone who's nominated for eviction. After fans voted her into the Den of Temptation, Jessica walked away with the Halting Hex, giving her the power to stop an eviction for up to four weeks, which she revealed on the live show in front of her fellow houseguests. Since then, Jessica has completely stepped up her status as a real contender, and it's about time everyone recognizes it, which is why I've taken the liberty to provide various reasons why Jessica from Big Brother 19 is playing a great game.

Some fans are still divided on Jess, but many seem to be joining the team, which I'd attribute to pretty much everyone being sick of seeing Paul run the house for so long. Honestly, I think her showmance with Cody is the only thing bringing Jessica's game down. Maybe I'm too hopeful, but I still have my fingers crossed that she'll have an epiphany soon where she realizes her loyalty to him is not actually getting her anywhere. Of course it's important to have allies in the game, but being willing to risk it all for a guy is a mistake many houseguests before Jessica have made.

But overall? She's kind of killing it and here's some unavoidable proof of that fact...

1. She Made A Bold Move By Revealing Her Temptation

Not only was this moment instantly iconic, but by dropping such a huge bomb, she was able to put the rest of the house on edge and rattle Paul, her biggest competition. Speaking of him...

Paul has been running the game all summer, and everyone else in the house has consistently let him do whatever he wants. Jessica's about the only person there who can see what he's doing. More importantly, she's actively targeting him.

3. She's Being Purposely Cagey About Her Power

After her big reveal, she and Paul had a conversation where she "explained" her Temptation to him. Although the Halting Hex is only good for one use, Jessica is making it seem like she can use it more than once. Making people believe you're more powerful than you really are is an awesome strategy in Big Brother.

4. She Has Good Instincts

Although she got fooled during the plot to backdoor Josh, she was able to sense it was coming, so she's clearly able to read people well.

Paul still (unsurprisingly) nominated Jessica and Cody for eviction after Jessica told him she planned to use the Halting Hex if they were put up on the block. When she puts her Temptation to good use at the live eviction, that will effectively make both of Paul's HOH reigns total busts.

6. She's Not Afraid To Call Other Houseguests Out

"Surprise! I'm not the only liar in the house," Jessica said after letting the house know she had been given the last Temptation. Personally, I think it's awesome that she's totally willing to go in on other houseguests. It proves that she sees what everyone else is up to.

I know I'm a firm supporter of Team Jessica. Watch out, Paul.