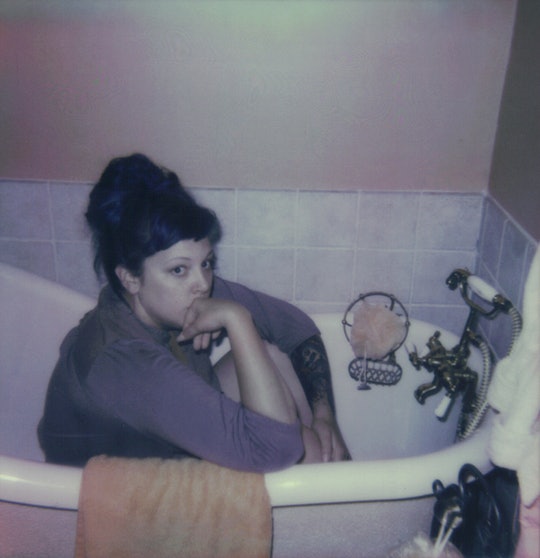 There have been a lot of restrictions and instructions forced upon those that identify as feminist (which is, of course, ironic considering that a key tenet of feminism involves the shirking of socially imposed expectations on women's behavior and choices...but whatever). Whether it's how a feminist should vote, to how a feminist should dress, to how a feminist should raise his or her children, it seems like believing in the social, political, and economical equality of the sexes comes with a lot of red tape, guidelines, and rules. One of those rules being: A ~real feminist~ doesn't shave because shaving is submitting to the infantilizing aesthetic standards of the male gaze, and...just don't. Not if you want to be the most legit feminist imaginable.

But the truth is, shaving doesn't make you a bad feminist. Shaving doesn't make you much of anything, actually, other than someone who likes to feel like a majestic dolphin swimming around the deep blue Atlantic after they get out of the shower. You don't need to stop shaving your armpits or stop shaving your legs, just to prove that you're a progressive who values all genders and believes that all genders should be treated equally. In fact, doing something just because you think a particular social group thinks you should, is pretty anti-feminist if you ask me. No one gets to make decisions about your body, except you. That includes the forward-thinking masses, who fight against "normal" social constructs. You, as a woman, don't have to prove anything to them, or anyone else. At the end of the day, the only person you should worry about — when it comes to making decisions about your body, or anything else for that matter — is yourself.

So, with that in mind, here are six reasons why shaving doesn't make you a bad feminist. Because, trust me, feminism is more than your decision to pick up a razor.

More Like This
These 15 Last Minute Valentine’s Day Gifts Are Total Winners
Fun, Sexy Maternity Lingerie, For When The Mood Strikes
9 Aquarius Nail Designs As Unique And Artistic As You Are
40 Valentine's Day 2023 Outfit Ideas
What Parents Are Talking About — Delivered Straight To Your Inbox