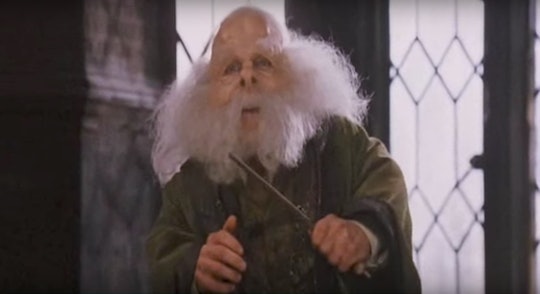 Whether you grew up with Harry Potter and passed your fandom on to your kids or they discovered the books and movies on their own, they might want to take Halloween costume inspiration from the series. It seems every year (particularly since the movies were released), kids dress up like the magical characters, even if there isn't a new book or movie. Rather than dressing as Harry, Ron, Hermione, or Draco for the millionth time, maybe your children want more unique Harry Potter Halloween costumes for kids this year. There are so many characters in each book and movie — the wizarding world is a very complex place — so they don't have to stick to their old standbys.

From Hogwarts professors to classmates, evil villains and international witches and wizards, even to magical animals, ghosts, important inanimate objects, and the like, the options for a Harry Potter-inspired costume are, to be honest, nearly endless. The most difficult part for many of these costumes is finding just the right items to pull the costume together. While you're over dressing up as The Boy Who Lived, you don't really want everyone to think you're just wearing a normal outfit while out trick-or-treating, not after all the time and effort you put into it. When in doubt, add a wand. It'll answer a lot of the potential questions, while also ensuring that your out-of-the-ordinary Harry Potter costume is your best one yet.