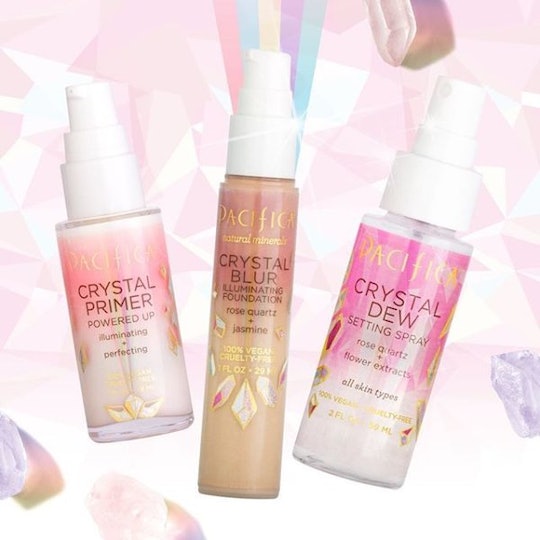 With so many people either switching to vegan diets or at least trying to cut down on animal products, it makes sense that vegan beauty is becoming more and more popular these days. Because while you probably don't automatically associate your eye shadow or concealer or moisturizer with being non-vegan, the truth is that many cosmetics and skin care staples contain ingredients that either come from animals or are tested on them. Thankfully, though, there are finally some amazing animal-friendly options out there, too. So what are some of the best vegan beauty brands on the market?

The great thing about all-vegan beauty lines is that you don't have to drive yourself crazy scrutinizing the ingredient lists on everything you buy trying to figure out if those unfamiliar words represent things that came from creatures. You've almost certainly seen "carmine" or "cochineal dye" on your lipstick or blush, for example — but you probably didn't know that this red coloring comes from crushed cochineal beetles, as One Green Planet explained. Guanine, which is found in most mascaras, lipsticks, and nail polishes, is a shimmery, light-diffusing substance that comes from... crushed fish scales. Then there's tallow, a super common ingredient in eye makeup, lipstick, and foundations that's derived from "boiling the carcasses of slaughtered animals" (in other words, rendered fat). Um, why?

Now that you're sufficiently grossed out, check out these 100 percent vegan beauty brands. Because there's nothing beautiful about putting dead bugs in your lipstick or animal fat on your cheeks.