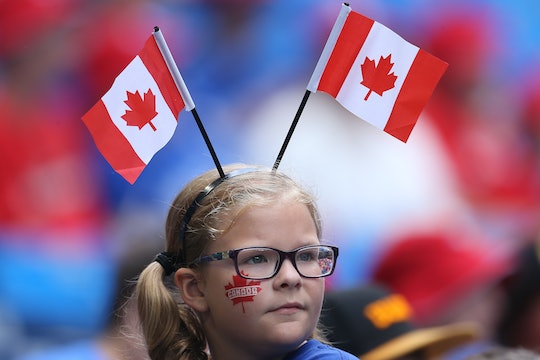 6 Ways Raising Children In Canada Is Much Different Than America

As much as it often feels like Canadians get the short end of the stick compared to our American counterparts (the winters are brutal, ordering anything online costs way more thanks to international shipping costs, and, oh, did I mention the winters are brutal?), the truth is that there are a lot of aspects about living in Canada that are pretty great. Especially when it comes to raising children.

Even though the United States might be the star of the North American show, Canada is kind of like its laid-back, friendly, and and more socially-inclusive cousin. Sure, we get made fun of for saying "sorry" all the time and for being super polite, but there are a lot worse reputations to have than that of being nice, right? I'll admit that sometimes I'll find myself daydreaming of relocating to live in the Florida sunshine, in New York City, or some quaint, small American town like the ones we all grew up seeing on TV and in movies. But I think of these 6 ways raising children is better in Canada, and I'm reminded I don't actually want to ever leave.

(Plus: we have poutine. Enough said.)