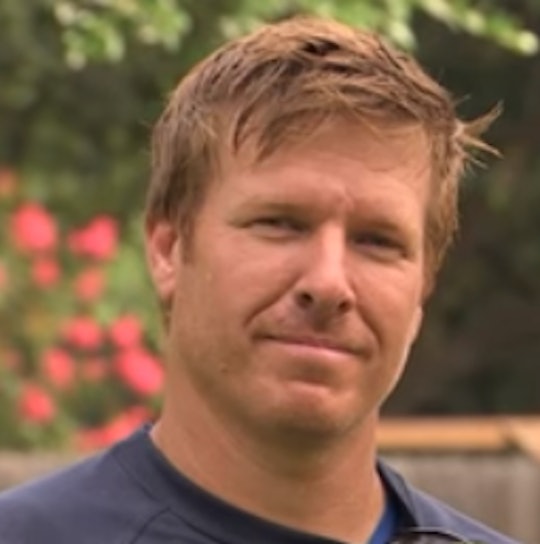 Chip and Joanna Gaines of HGTV's Fixer Upper are either the stuff of my jealous nightmares, or I want them to become my best friends. There is no middle ground. The stylish couple have become known as the de facto home improvement king and queen, but they still manage to be nice human beings who love each other and their children. This feels impossible, I know, but it is true. Even their parenting is adorable. Case in point: Chip Gaines' quotes about being a dad all point to his desire to see his kids go outside, play, commune with nature. Plus he frequently brings home puppies. I'll say it again: I'm either jealous or I just want them to adopt me.

The Gaineses are the parents of four kids, two sons Drake, 12, and Duke, who is 9, 10-year-old daughter Emmie and 7-year-old daughter Ella, all of whom they're raising in Waco, Texas. On Fixer Upper, Joanna tends to come across as the tough act of the duo, the person who knows how to get s**t done. But she admitted during an interview with People last December that she's more laid back when it comes to her kids. And Chip Gaines? While he's a big fan of bringing pets home whenever he gets the chance, it seems he's taken on the role of being the strict parent, which he told People is a far cry from what he thought he would be. Here are Gaines' thoughts on being a dad:

He told the news People:

I grew up in an environment that was pretty much ‘back by dark’ — [my parents] didn’t generally know what we were doing, and it was all good, clean fun. So I thought, ‘Oh, I’m gonna be a wild parent. And when I got to be a parent... I don’t know what it is about it … I feel a little bit like a drill sergeant sometimes. Some elements of my personality, as a parent, I’m not real crazy about.

Still, that doesn't mean he doesn't know how to relax and hang out with his kids.

On Hanging With His Boys

Last September Gaines posted a picture of himself napping with one of his sons on Instagram when his wife and two daughters were reportedly out of town. And the entire world sighed, I heard it. Also I bet that couch is cray comfortable.

What me and the boys have actually been up to with the girls out of town.

On His Time With All Of His Kids

It just doesn't get better than this for me.. No place on earth I'd rather be.

My girls! Unbridled! Untamed! Fearless! World changers! Arrows in my quiver! And… Just like their momma!

Anyone who watches Fixer Upper knows Chip Gaines adores his wife, and he's happy to see his daughters grow up to be "just like their momma."

Despite the fact that Chip Gaines is on television and has over two million followers on Instagram, he struggles with letting his kids play video games and use electronics. He told People in that same interview:

I think I’m like, a quarter Amish. I’ve got some glitch in me [where] I don’t like normal technological advances.

Gaines might be strict about electronics, but that doesn't mean he has any intention of holding his kids back in life. He told Fox News in December:

I want my kids to date, I want them to go out. I just remember great experiences as a kid, you know? Driving your car for the first time, picking up a young lady on a date for the first time. All those were little milestones to some extent.

On Forgetting His Baby Son At Home

Gaines admitted to People that his parenting style left a little to be desired in his first years. Like that time he forgot his infant son, Drake, at home when his wife was out for a jog.

‘Chip, where’s Drake?’ she said, and I was like, ‘Oh, shoot!’ She took off without a word and ran like lightning all the way back to the house. She got there faster on foot than I did in my truck.

Apparently he tends to be a little absent-minded sometimes. Poor Joanna didn't go for another run the entire first year of her son's life.

While leaving your infant son behind is obviously never ideal, Chip learned from his mistake and grew as a parent. The family survived, and grew to be the renovation mavens we all tune in to watch today.