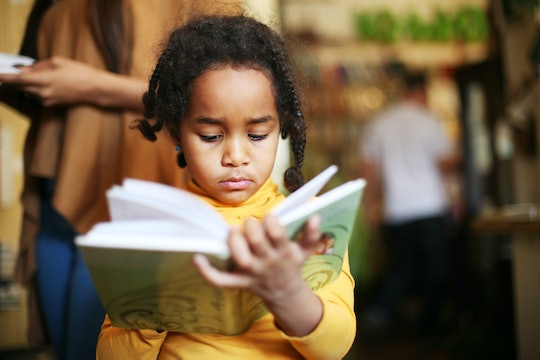 7 Creepy Things Really Smart Kids Do (So You Shouldn't Worry, Too Much)

According to Hunter S. Thompson, "Weird behavior is natural in smart children." I think parents around the world just breathed a collective sigh of relief, right? At least now I know why my kid is so damn strange. Well, OK, I kind of doubt that weirdness is an effective tool for discerning "smartness," but I'll stick to Thompson's theory anyway. Honestly, there are so many creepy things really smart kids do, that good old Hunter couldn't have been that far off the mark.

Maybe it's because they aren't as "socialized" as regular kids, as (in my experience) they'd rather have their head buried in a book than run around a playground. Or, perhaps it's because their interests tend to be more obscure and, well, sometimes downright obsessive. My friend's son had an encyclopedic knowledge of dinosaurs from the time he was in preschool. Now that he's older (he hit double digits recently), he's absolutely obsessed with collecting every single element on the periodic table of elements. Clearly, that isn't possible (it's actually illegal to possess Plutonium because, you know, hello danger), but these are the kinds of things that really smart kids do. They're super endearing and adorable but kind of odd and even a little creepy.

I'm not yet sure whether any of my younger kids fit into the category of crazy-amazing intellect, but if acting creepy is a sign, at least one of them is inching towards genius. If you're wondering the same about your kid, here are a few creepy things all smart kids do: