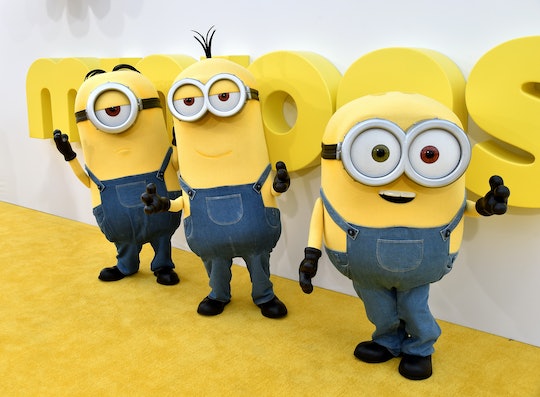 Minions have only gotten more and more popular since Despicable Me (and then their own spinoff movie and two more Despicable Me sequels) was released in 2010. With the release of Despicable Me 3 in June 2017, there are bound to be many little minions walking around the neighborhood this Halloween. You don't have to leave the minion costumes to the little ones, however. There are easy minion Halloween costumes for all ages, so the whole family can embrace the minion-y fun. From baby to adult, there are easy ways to DIY minion costumes for every single member of the family.

Don't all want to be blue and yellow? (Or is yellow not the most flattering shade for you? I can relate.) The purple and black evil minions made their debut in Despicable Me 2, which means you can do all good minions, all evil minions, or a mix of the two, depending on people's personal preferences. You could even throw additional Despicable Me characters into the mix, with Gru, other villains, or the girls. No matter the age of the person, the amount of time you have to craft your costumes, or the strong opinions you hold about minions, there's a minion costume that you can make in almost no time at all.