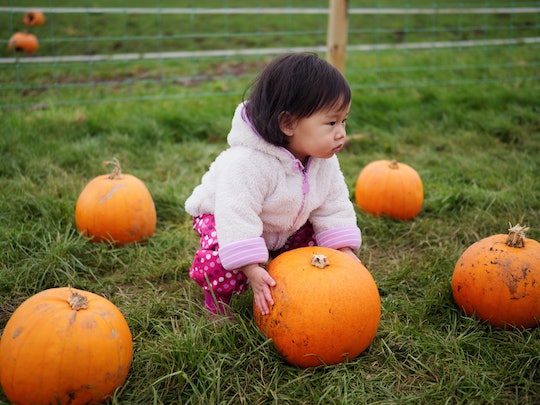 These Fascinating Facts About November Babies Will Make You Say "OMG, What?!"

November is possibly the greatest month of the year. It's all tall boots, cool weather, pumpkin pie, and decking the halls. November is all about bringing things to a close. It heralds the end of the apple harvesting season, the end of the election season, and the end of the Halloween candy sale season. It's when we really start to hunker down for the long winter ahead and relish the warmth of home. Therefore, it should come as no surprise that there are at least seven fascinating facts about November babies, because it's such an awesome month.

Some of the best people were born in November. If it weren't for November, we wouldn't have Ross from Friends or Marie Curie, according to Astrology.com. What would scientists celebrate if not for Ross Geller and Madam Curie? Sure, Ross couldn't figure out how to keep a woman happy, and Marie Curie died of radiation poisoning, but still. The world wouldn't be the same without them. Also, Tilda Swinton was born in November. If you don't love Tilda Swinton, then I don't know what to say to you. She's just so enigmatic and talented. Beyond that, November has some of the best sales of the entire year, so if you're about to have your own little turkey, you'll be able to get all their gear at the best prices. Here are some more reasons to rejoice over a November birthday.