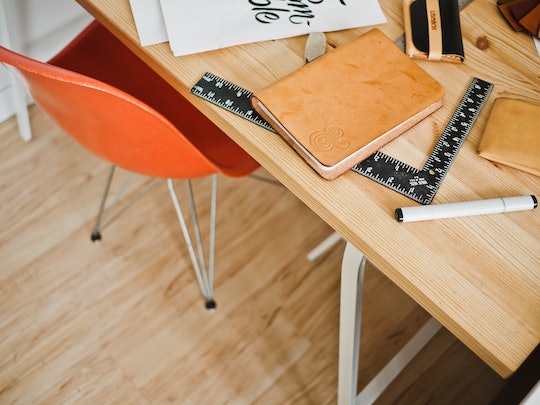 Of all the descriptions we're given about returning to work after maternity leave, I don't think "scary" comes up often enough. Sure, we hear about "challenging" and "exhausting" and "gut-wrenching" on the regular, and even "freeing" and "exciting" and "fun," but I think "fear-inducing" should be on that list, too. For me, the weeks leading up to my return date were a time of uncertainty, discomfort (both physically and emotionally); It was me questioning my choices, and having serious doubt about my ability to function as an adult. This makes it sound a lot like starting high school, which, now that I think about it, was pretty much the exact same thing but 17 years apart and with a breast-pump bag instead of a Jansport backpack, and ballet flats instead of off-brand Doc Martens (no way was I ready for heels, either time).

The good news is, returning to work after maternity leave, much like starting high school, was not nearly as big of a deal as I expected it to be. In fact, there's an entire list of things that I was concerned about that pretty much ended up being non-issues. In case there's anyone out there with the same hesitations, allow me to share some of them with you: