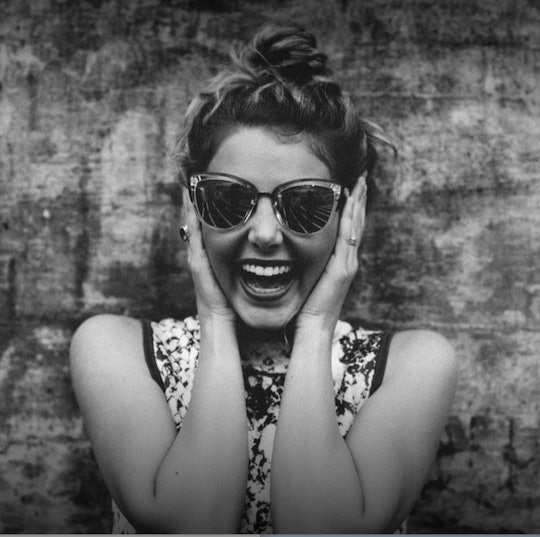 7 Friday The 13th Jokes To Make The Holiday Less Horrifying

Who says fear and the funnies have to be mutually exclusive? They don't! For all the you superstitious people out there, there are some Friday the 13th jokes to scare you silly. But before we get down to funny business, did you know that this Friday is the only Friday the 13th going down in 2016? So get all your spooks on, people, because you're going to have to wait until next year to celebrate this chill-inducing holiday again. And, according to The Independent, Friday the 13th, aka paraskevidekatriaphobia, gets its origin from the Catholic Church, (Jesus is said to be crucified on Friday the 13th; there were 13 apostles at the Last Supper) and people kinda ran with that, linking the holiday to the Knights Templar, Freemasonry and the Holy Grail.

Some other cool things about Friday the 13th: the Tarot Card number 13 is the Death Card, and it depicts the Grim Reaper. However, if you draw this card, you're actually in luck, as it represents change or transition, not literal death. And for tattoo enthusiasts, many tattoo shops participate in a fun Friday the 13th tradition. According to LA Beat, you can score a "mini-banger" for $13 (don't forget to add the lucky $7 tip) until the clock strikes midnight on Saturday morning, in the traditional flash tattoo style, representing the lucky 13 flashes of Sailor Jerry. Now that you've got the lowdown on paraskevidekatriaphobia, scope these jokes in celebration of Friday the 13th.