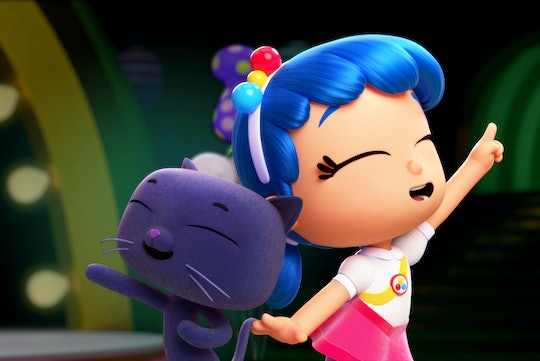 Most of the time you have your television switched on in December, it will probably be tuned to one Christmas movie or another. But if you have kids in the house, the new kids shows coming to Netflix this December may be of more interest come Christmas break. Luckily, a slew of new titles your kids will love are arriving on the streaming platform next month. Thanks, Netflix, for teaching kids the important skill of marathon-watching TV shows from a young age!

This December, seven new kid-friendly TV shows will land on Netflix. There's a nice mix of animated and live-action shows; premiere seasons and follow-up seasons; and holiday-themed specials and, well, non-holiday-themed shows. And on top of the exciting new kids shows coming to Netflix (which I'll get into in just a sec), there are a few movies your children will love as well. For example, there's Super Monsters and the Wish Star, an animated Christmas film coming to Netflix on Dec. 7. There's also Mowgli: Legend of the Jungle, a live-action version of The Jungle Book, premiering on Netflix on Dec. 7.

So without further ado, here are seven kids shows coming to Netflix in December that your little one will definitely want to check out.