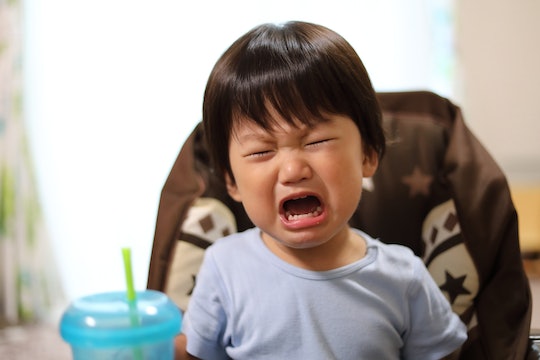 7 Myths About The Terrible Twos You Can Totally Ignore

"Just wait": two words I hated hearing more than any other words in the English language after my first child was born. For some reason, people love to torment new parents by gleefully warning them of all the awful things their baby will allegedly do once they become a toddler. I swear I must have heard about the "terrible twos" a million times. I was half expecting my daughter to turn into an actual demon when her second birthday hit, but I learned that there more than a few myths about the terrible twos that don't always sync up with reality.

My daughter is rapidly approaching her third birthday, which means we've been in thick of the terrible twos for a while now. And while there are certainly many moments that have made me want to scream (sometimes several times a day), my child has never turned into the little monster I was warned about. Maybe I'm just lucky, or maybe the terrible twos aren't all they're cracked up to be. (And now that I've said that, I'm sure they'll be a whole chorus of people warning me about my upcoming "threenager").

No two children are exactly the same, to be sure, so I'm not saying your soon-to-be 2-year-old child is going to beg a saint because mine was relatively easy to handle. But there are at least seven common misconceptions about the terrible twos that you've probably heard and can absolutely feel free to ignore.