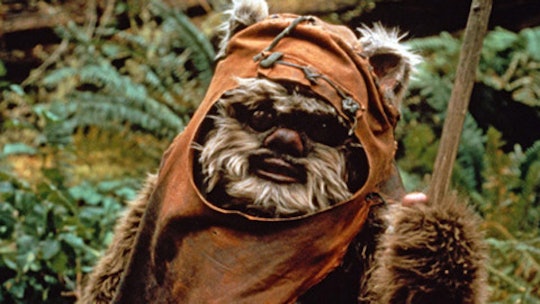 With Star Wars VII: The Force Awakens opening on Dec. 18, everyone is in full on Star Wars mode. Fans all putting lightsabers on our Christmas lists, donning their Jedi robes, and wishing they could have an Ewok for a pet.

I know — Ewoks consider human flesh a delicacy and tried to set Han Solo aflame. But even so, Ewoks would make the ultimate pet. So long as you raise an Ewok from birth, you could raise it on a steady diet of non-human delicacies to keep it from wanting to eat you.

That being said, you also have to be respectful of your Ewok and appreciate their skills. In Star Wars VI: Return of the Jedi, the Ewoks had to be convinced by C-3PO, whom they thought was a god, that the rebels were not there to harm the Ewoks or do anything other than take down the Empire. The Ewoks, who had been prey for the Empire for quite some time, were then able to join the rebels as allies and basically bring down the Empire with their primitive weapons and their own skills. I mean, that's a pretty badass creature, right? You don't want to mess with Ewoks, but when you establish their trust and honor who they are and what they can bring to the table, well then they're pretty awesome little creatures to have around. These seven reasons prove that Ewoks would make the ultimate pet, regardless of their predatory behavior.