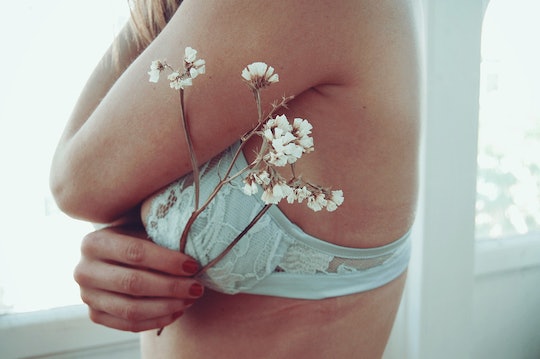 7 Reasons Ex-Party Girls Are Amazing In Bed, Because A Bad Girl Gone Good Is Everything

Party girls often get a bad rap, even after their so-called party days are over. We live in a society that likes to call women out if they like sex. Our nation’s puritanical tendencies often have folks slut shaming women who wear revealing clothing and gossiping about other’s sex lives, when it should be of no one else’s concern but those involved in the act. There are even dress codes at schools and jobs that police what women wear because they’re deemed “inappropriate” for little reason other than they might “distract men” (seriously, wtf?) Slut shaming is such a rampant problem, in fact, that we’ve had to create Slut Walks (marches aimed at taking back the word "slut," especially when it’s used to place blame on women who get catcalled, assaulted, and raped.)

But as a former party girl myself, I’m here to speak out against those who would speak out against me and all the other gals who at one time or other enjoyed long nights of vodka-and-electroclash induced make-out sessions, picking up strangers at the bar just because you could, or dancing on stage with notorious party dudes 2 Live Crew (true story!) More than that, I’m here to remind you (if you needed reminding) that turning down a new partner because of her past is quite frankly BS, and that if you do, it’s totally your loss. Here’s why:

More Like This
This Is What Happens To Your Vagina When You Stop Having Sex
How To Approach The Topic Of Emotional Labor With Your Partner
How Do I Rediscover My Sexuality When I’m Completely Touched Out?
Tips To Co-Parent With A Stepparent Successfully