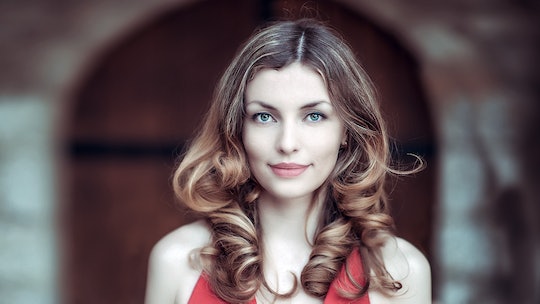 7 Signs You're An Introverted Narcissist

When you think of what a narcissist looks like, a pretty clear picture probably pops into your head: They're over-the-top, think they're the greatest, and they always want to tell you how much better they are than you. In other words, when you think of a narcissist, you probably imagine someone who's fairly outgoing. Just because they don't fit the picture in your head, however, doesn't mean that there aren't also more introverted people who have a narcissistic streak. In fact, there are some signs that you're an introverted narcissist, so even if you don't think you fit the typical narcissistic mold, you might be more focused on yourself than you thought.

Jay Gatsby from The Great Gatsby, Miranda Priestly from The Devil Wears Prada, and Gilderoy Lockheart from Harry Potter... all classic narcissists, as Dr. Gerard Lawson, president of the American Counseling Association and an associate professor at Virginia Tech, tells Romper. Those characters look different than someone like Seinfeld's George Costanza who, as W. Keith Campbell, a psychologist at the University of Georgia, told Science of Us, is a good illustration of an introverted narcissist.

Introverted narcissists often act differently than their extroverted counterparts, Lawson says, but internally, it's all the same. "What we’re really talking about are folks that have this underlying sort of fragile and insecure beliefs about themselves, things that began when they were very, very young," Lawson says. "And the way that they compensate for it is the stuff that we see in the day-to-day world, the narcissistic stuff about self-enhancing."

Lawson explains that the grandiose behavior and exaggerating of accomplishments that people associate with narcissists is all really done to "cover up for the doubts and the insecurity and the self-criticism that they feel internally and they just don’t know how to manage." So while it might seem as though those who are extroverted and have Narcissistic Personality Disorder are the most confident around, introverted narcissists give more subtle clues that ultimately, inside, they're struggling to cope. Just because those clues are subtle, however, doesn't mean that it's not still narcissism.