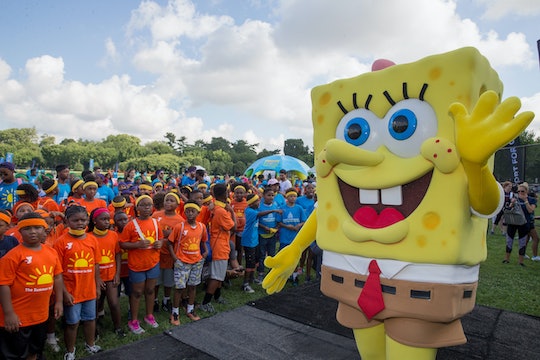 Every Halloween, kids are inspired by TV and movies when deciding what to choose for their costume. Their favorite characters can make for cute and creative costumes, or, at least, creative when compared to princesses, witches, athletes, and doctors. You know, the old standbys. If you're still trying to figure out what your kid should dress up as for Halloween this year and your kid thinks Spongebob is the funniest show on TV, then you might consider some Spongebob Halloween costumes for kids. Take inspiration from your kid's favorite show and dress them as one of the many memorable characters from one of Nickelodeon's animated classics.

While you might think that these costumes would be nearly impossible to DIY, that's not necessarily the case. It's true — they'll likely take a little bit more effort than other costume ideas that you can easily pull together in seconds (if you want to go all out) — but there are plenty of super simple DIYs that will do the trick if you don't have the time or the crafting expertise to do more. Plus, there's always a store-bought costume and there's nothing wrong with going that route, no matter what anyone says. If the little one in your life says they want to dress up as a Spongebob character this Halloween, don't fret — these suggestions make fulfilling their wish easy peasy.